Will Ferrell Hilariously Serenades USC Graduates To ‘I Will Always Love You,’ And It’s The Best Thing Ever! 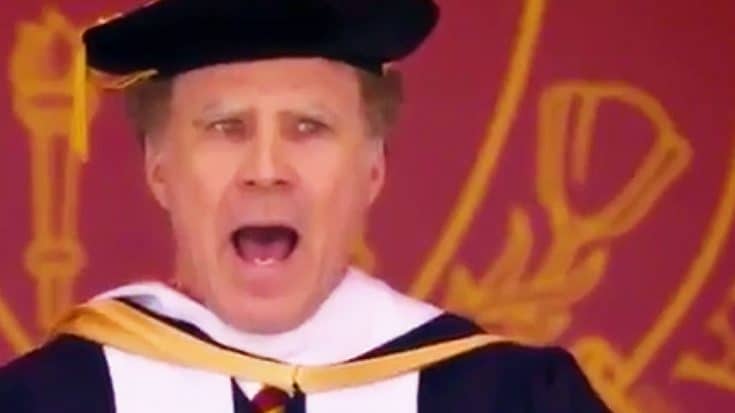 Graduation is a time of reflection. It’s a time to look back on all you’ve achieved during your time at a school or university. Many times, an institution will invite a public figure to give a commencement address, and speak to the graduates to encourage them to be optimistic about the future.

Public figures like Steve Jobs, Bill Gates, Presidents and other prolific figures have given speeches, but sometimes, a university will call forward someone who is a little more light-hearted.

Actor and comedian Will Ferrell was invited to give the commencement address at University of Southern California’s 2017 graduation, and did not disappoint. Being a USC alum himself, Ferrell took the moment to give a warm-hearted, touching and of course hilarious speech. At the end of his speech, Ferrell decided to end with a grand finale of the ages, and serenaded the graduating class to Whitney Houston’s “I Will Always Love You.” Every graduate was laughing hysterically, but also cheering, because Ferrell is so into the character and the part, that he seriously starts to sound pretty good! It’s definitely one of the most iconic moments in commencement speech history!

Dr. Will Ferrell ('90) serenades @USC's graduating class of 2017 to Whitney Houston's "I Will Always Love you" after beautiful speech. ❤️? pic.twitter.com/PTiGaqdMhl