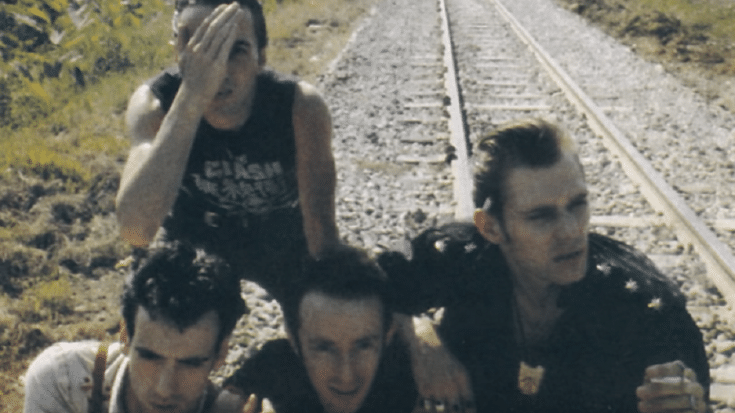 Even before Stranger Things made it more popular and brought it forward to the younger generation, “Should I Stay or Should I Go” already became a huge hit for The Clash. It wasn’t just any other ordinary punk rock tune. It was released over 35 years ago but time hasn’t dampened its popularity. If anything, it only made this classic more well-loved than ever before.

How Did It Manage To Make History?

This single was reissued several times. Originally, it only peaked at #17 on the UK Singles Chart but after its re-release, it topped the chart and it eventually received gold certification in the UK.

It was catchy and like every other earworm, the tune latched on to you and it was hard to shake it off. Maybe it was because The Clash used a rather unconventional technique during their recording – they hired another singer Joe Ely to sing Spanish words that will echo the English lyrics.

“I’m singing all the Spanish verses on that, and I even helped translate them. I translated them into Tex-Mex and Strummer kind of knew Castilian Spanish, because he grew up in Spain in his early life. And a Puerto Rican engineer (Eddie Garcia) kind of added a little flavor to it. So it’s taking the verse and then repeating it in Spanish.” – Joe Ely

Evidently, the whole recording was marred with arguments, tensions, and bad blood. Some say this song was pre-empting Mick Jones’ dismissal from the band although other members believe Jones wrote this for his girlfriend Ellen Foley.

Aside from its resurgence in popularity thanks in part to Netflix hit show Stranger Things, it’s also one of the most covered songs from The Clash. From ZZ Top to The Ukulele Orchestra of Great Britain and all the other iconic musicians in between, there’s no shortage of cover versions.

To say that it is The Clash’s magnum opus is still debatable but at the end of the day, this song has made history and has proven over and over again that it can withstand the test of time – an absolute feat in itself.