What Makes “Walk This Way” By Aerosmith Such A Hit 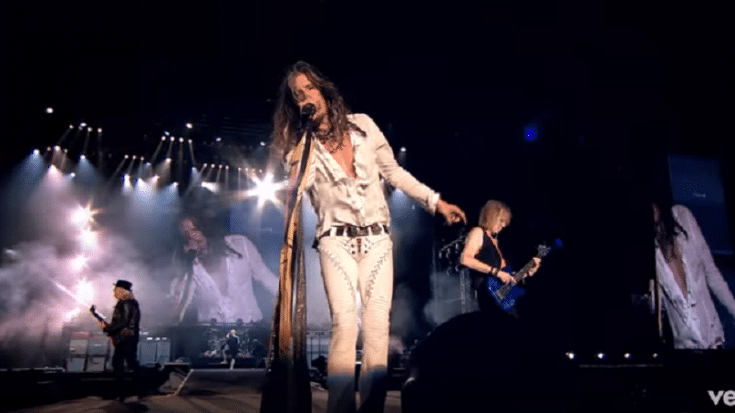 “Walk This Way” was released over four decades ago and yet it has proven to be one of Aerosmith’s most enduring songs. In January of this year, it was inducted into the Grammy Hall Of Fame and it was partly responsible for helping the band break into mainstream. And more than that, we can never disregard how much of a game-changer it was not just for Aerosmith but for hip-hop act Run-DMC as well.

In the ’80s, the collaboration between the two unlikely groups became a pivotal moment for both rock and hip-hop. It allowed for Aerosmith to resurrect their career and it became a significant step for hip-hop as it was brought forward to the mainstream audience.

So, what makes “Walk This Way” such a huge hit?

Like most of their other hits, you can listen to “Walk This Way” a hundred times and not get tired of it. Maybe this is why the years haven’t diminished any of its greatness. It’s as if you find something new to love each time you play it on.

2. Everything about it is an epic masterpiece.

From Joey Kramer’s drum beat to Joe Perry’s guitar riff – this song was created by Aerosmith at their creative peak. Brad Whitford and Tom Hamilton didn’t hold back too. And how can we forget Steven Tyler’s vocal performance? He always killed it with his voice but at their peak, Tyler was unstoppable.

3. Steven Tyler had no trouble writing the lyrics.

“The words have to tell a story, but for Steven they also have to have a bouncy feel for flow. Then he searches for words that have a double entendre, which comes out of the blues tradition.” – Joe Perry

They’re one of those bands whose live renditions of their songs sound way better than the recordings. And “Walk This Way” is no exception. Perhaps that’s why it has always been a concert staple – the audience could never get enough of it.

Songs like this take us back to the golden age of rock ‘n roll when it was pure badassery. And with so much crap on the radio and TV today, it’s a glorious reminder that once upon a time, we had timeless classics like this.