Why “Sgt. Pepper’s Lonely Hearts Club Band” Is An Album Ahead Of Its Time 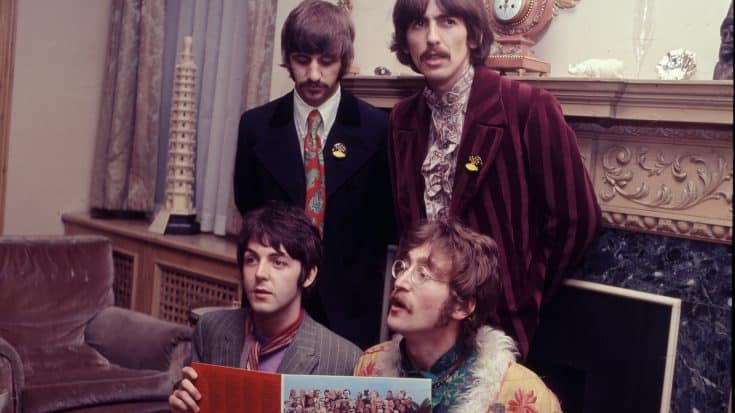 It Was An Absolute Game-Changer

The Beatles have always been known as innovators and risk-takers. They have one of the most impressive catalogs of all time not just in rock ‘n roll but music as a whole. They had their share of flops but they managed to rise above it and silence the haters over and over again.

In 1967, they reached a new high with their eighth studio album “Sgt. Pepper’s Lonely Hearts Club Band”. Where other bands became formulaic, The Fab Four kept on experimenting and looking for ways to do something different and never been done before. And now over five decades since it was release, it remains to be the standard by which all others are measured.

But what made it special? With so many excellent records that were churned out in the 60s, how did it manage to become the benchmark album of that era?

If we had to describe this album in one word, it would be “fearless”. More often than not, experimental records are a hit or miss. It may work or it may not. It wasn’t just ahead of its time, it also blurred the fine lines separating genres. They took risks and it all paid off nicely.

They broke the rules, if there were any and therefore established themselves as innovators in the process. Sure there are other great albums from other artists too but very few manage to remain as culturally and historically significant as this. Even years later, nothing will ever come close to its greatness.

Besides, how many rockstars would think of pretending to be other people and performing as an alter-ego group? That concept alone is already one for the books. Not everyone comes up with that kind of idea and even more so, not everyone will have the tenacity to actually do it.

It’s a brilliant album from start to finish. And every song transitions flawlessly onto the next. It was clearly cohesive. From the melodies to the arrangements, even non-fans were left mesmerized by the record. Every tune was peppered with magic.

“The mood of the album was in the spirit of the age, because we ourselves were fitting into the mood of the time. The idea wasn’t to do anything to cater for that mood – we happened to be in that mood anyway. And it wasn’t just the general mood of the time that influenced us; I was searching for references that were more on the fringe of things. The actual mood of the time was more likely to be The Move, or Status Quo or whatever – whereas outside all of that there was this avant-garde mode, which I think was coming into Pepper.” – Paul McCartney

It was ambitious but it was this artistic pursuit that ultimately led them to create tracks which would transcend time and generation. “A Day in the Life” alone is so complex it often leaves the listener breathless and astounded. Even the sound effects from the other songs were inventive and gave them a different feel.

It Was A Team Effort

From the new techniques and technology used in the recording studio to the iconic album artwork, it was clear from the get-go that they were trying to give the fans something they never thought they needed. But more importantly, this was Beatles at their creative peak. Also, Paul McCartney and John Lennon were at their best and it showed in their collaborative works.

When the album dropped, almost everything sounded new, different and forward-thinking. There aren’t enough superlatives in the dictionary to describe how unconventional yet wildly innovative Sgt. Pepper is. Over the years, artists have tried and failed to even come close to how epic it is.

To say that The Beatles were nothing more than hype and fluff would have to be the most inaccurate way of describing them. They delivered the goods and they deserve the recognition they got. And perhaps calling “Sgt. Pepper’s Lonely Hearts Club Band” as the band’s magnum opus would still be debatable but at the end of the day, it’s the album that changed rock ‘n roll forever.