The State Department Bought An $84,000 Bob Dylan Sculpture- Why? 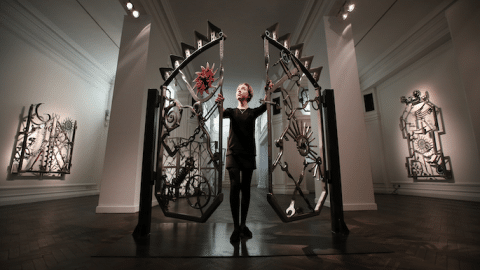 The Longest Government Shutdown in US History

Bob Dylan is a master at his craft. The songwriter is even the first musician to become a Nobel Laureate of Literature. What many people don’t know though, is that Dylan is also a master iron sculptor. Surprisingly, the federal government knew this- and decided to buy the sculpture (photos not released yet) as a tool of diplomacy.

During one of the most furiously heated political moments in the history of the world, the American government has been under an enormous microscope. So why, when thousands of American federal government workers were going to work without pay- did the feds buy a 4 foot iron statue sculpted by Bob Dylan?

In an interview with Foreign Policy, an unauthorized official opened up about the details of the purchase. The iron sculpture was bought under the Art in Embassies program and the funding was accumulated in 2018.  The purchase, made on January 2nd (during the government shutdown) was publicized on USASpending.gov. The total cost of the sculpture was $84,375.00 .

The sculpture will be displayed in Mozambique, inside the U.S. Embassy. The rep also said that the statue and embassies “provide a platform for projecting U.S. culture abroad, and it’s a good thing for us to promote American artists abroad.” The rep also stated ““It strikes me as excessive,” regarding the purchase.