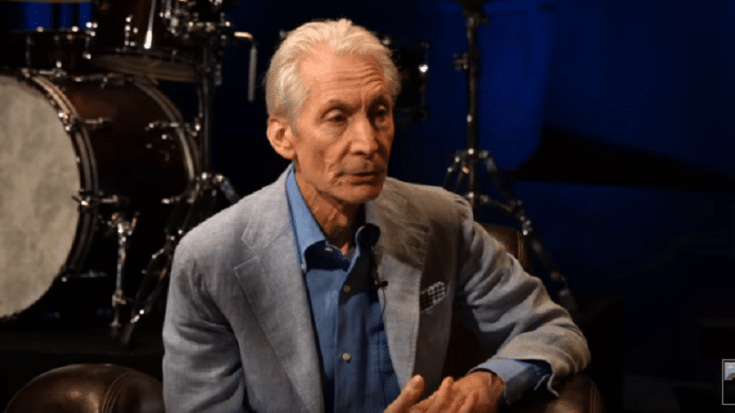 We Have So Much Respect For Charlie Watts

We basically just found out another thing Red Hot Chili Peppers’ Chad Smith is good at besides drumming – interviewing fellow rockstars. One of the things we don’t like about other hosts is how they try to inject their questions so much that it doesn’t leave the guest enough room to talk and answer.

In this interview, however, we appreciate the fact that Smith never interrupts and he even asks good questions – from Watts’ influences to his evolution as a musician.

Besides, you can clearly tell how much respect he has for this Rolling Stones drummer. Watts has always been the most mysterious member of the band and so it’s always interesting to see him do rare interviews like this. Even Keith Richards one said he finds Watts a “very secretive man.”

“I suppose it’s like kids hearing Jimi Hendrix. You suddenly think, ‘What the hell is he playing?’ I heard Bird and I thought, ‘That’s fantastic. I want to do that in a club in New York.’” – Charlie Watts

Not only does this interview offer a little insight into what goes on in Charlie Watts’ mind but it’s also pretty lovely to see him looking so relaxed. He’s a real class act and a wonderful soul. Besides, it’s not every day that we get to see a big rockstar who’s this humble and cool.