Why Jimmy Page Is A Rock Legend Like No Other 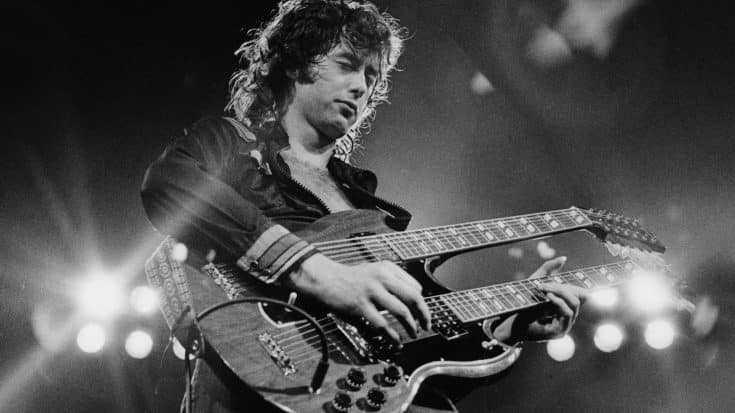 Not Another Guitar Player

If you’re a guitarist, chances are at one point in your life, you wanted to be Jimmy Page or at the very least, play the guitar like him. In the world of rock ‘n roll, there’s no shortage of talent especially when it comes to guitarists who can melt your face off with one solo. In the ’70s, Jimmy Page was in good company – the era spawned other great guitar players like Ritchie Blackmore, David Gilmour, Tony Iommi, Mark Knopfler, and Eddie Van Halen. Page has also shared the stage alongside rock icons like Eric Clapton and Jeff Beck.

He managed to stand out even among his peers.

So what made him different and special?

Excellent Is The Minimum Requirement

Jimmy Page, especially during his heyday, never settled for anything less. He was always innovating and developing as a guitarist and musician. From the very beginning, he already had a vision of what he wanted to become, what he wanted Led Zeppelin to become. And so everything he did from that point going forward was to achieve their goal of becoming the best in the music industry.

He was a perfectionist which is why he sought various means to change up their sound until he found which one suits the song best.

“Let’s be perfectly honest about this. When I formed Led Zeppelin, I formed it with the idea and ethos that it was going to change music. That’s what I wanted to do, and it clearly did. It clearly did.” – Jimmy Page

Sure, there are others who were just as influential as him. But at the peak of his career, in the late ’60s and the entire ’70s, he was one of the reasons why young men wanted to pick up the guitar and master the said instrument. Page made guitar playing equal parts sexy and badass. Women wanted him, men wanted to be like him.

Even today, he’s long past his prime but several guitarists still aim to get his sound right. As a guitarist, it’s still up for debate if he’s actually THE greatest mostly because he’s not the MOST TECHNICALLY PROFICIENT and not even the fastest. But his playing is truly unlike anything else.

“For virtually every kid since 1968, who picked up a guitar to find his voice on the instrument, Jimmy Page has been that space that enables all our notes to be played.” – Steve Vai

On His Perfectly Imperfect Guitar Playing

While he’s an absolute perfectionist during their recording sessions, he wasn’t as flawless live. One things fan loved during Led Zeppelin’s concerts was Page’s mind-blowing, face-melting solos which he often extends and improvises. Was it spotless? No. But was it magical? Incredibly, yes.

From the complex arrangements to the emotive solos, he always delivers. His wide variety of influences show in his versatile guitar playing.

A Legend, An Icon

Jimmy Page’s riffs and solos, while they may lack the same finesse as others, are always memorable. He knows how to move people with his music. And especially during live shows, he goes more for magic than perfect.