What Will Tom Petty Be Most Remembered For 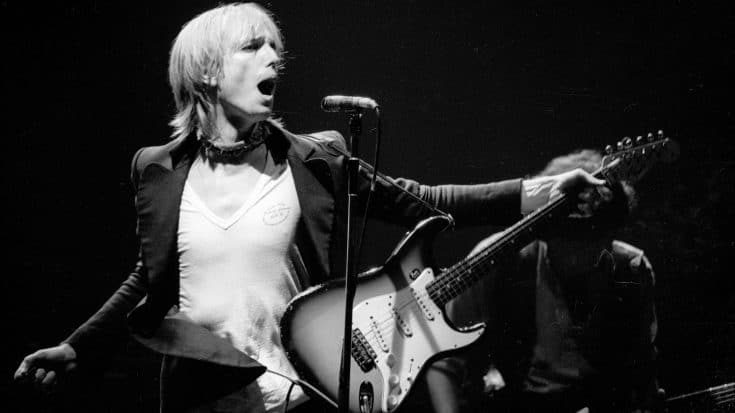 NEW YORK - NOVEMBER 11: Tom Petty and the Heartbreakers perform live at The Palladium in New York on November 11 1979 (Photo by Richard E. Aaron/Redferns)

When Tom Petty died almost two years ago, rock ‘n roll was shaken to its core. He just finished touring with his band in celebration of their 40th anniversary and so when news of his passing began to spread, even some of his close friends in the industry were shocked.

Even though his untimely death was hard to accept, he still managed to leave behind a rich legacy that will stand the test of time. And so let’s look back at his career spanning almost 50 years and pick out what he will be most remembered for.

A Member of Iconic Bands

He formed Mudcrutch in 1970 which helped propel him towards stardom. But it was Tom Petty & The Heartbreakers which churned out several hit singles. And they were even inducted into the Rock and Roll Hall of Fame back in 2002. Petty was also a member of the supergroup Traveling Wilburys with other legends like Bob Dylan, George Harrison, Jeff Lynne, and Roy Orbison.

Tom Petty was an artist through and through. He was a singer-songwriter and a multi-instrumentalist at that. And he has such a rich catalogue of musical masterpieces that helped ensure his spot in the rock ‘n roll pantheon. From American Girl to Free Fallin’ and pretty much everything in between, he knew what listeners wanted and gave it to them.

Even his under-appreciated tunes like Mary Jane’s Last Dance and You Don’t Know How It Feels have their own charm. Most of his songs, while not as ostentatious or dramatic as those from other artists, are often made for easy listening. You don’t even need to be high to appreciate them.

His Friendship with Stevie Nicks

Theirs is such a beautiful and rare kind of friendship especially between two rock icons. Stevie Nicks has always been vocal about her desire to be part of The Heartbreakers and how she was a Tom Petty super-fan. She even said to the then-president of Atlantic Records Dough Morris:

“So, listen, what I’d really like to do is be in Tom Petty and the Heartbreakers’ band. He says, ‘No. That’s not going to happen.”

Eventually, Petty agreed to give her a single and even record a duet with her – the result is Stop Draggin’ My Heart Around. Then they started hanging out.

“Every once in a while, whenever I could, I would go to Tom’s house, and we’d record stuff, and write stuff and just sing—which was my favorite thing in the world.” – Stevie Nicks

In 2006, she finally achieved her lifelong dream – Petty made her an honorary Heartbreaker. Whether you saw them on stage together or just one of them talking about the other – you can clearly see the mutual admiration and respect. That’s what made their friendship legendary.

He’s One Of The Coolest Rockstars Ever

Where do we even begin with this? In 1981, their album was slated to cost $1.00 more and so he wasted no time objecting to the price increase. He even planned to change the name of the record to Eight Ninety-Eight which is the usual price. MCA Records eventually relented the price hike.

When Red Hot Chili Peppers’s song “Dani California” came out, some listeners pointed out that it sounded a lot like “Mary Jane’s Last Dance”. So what did Petty say? He told Rolling Stone,

“I seriously doubt that there is any negative intent there. And a lot of rock ‘n’ roll songs sound alike. Ask Chuck Berry. The Strokes took ‘American Girl’ for their song ‘Last Nite’, and I saw an interview with them where they actually admitted it. That made me laugh out loud. I was like, ‘OK, good for you’ … If someone took my song note for note and stole it maliciously, then maybe [I’d sue]. But I don’t believe in lawsuits much. I think there are enough frivolous lawsuits in this country without people fighting over pop songs.”

When he and Jeff Lynne received royalties and songwriting credit for Sam Smith’s “I Won’t Back Down,” he said:

“All my years of songwriting have shown me these things can happen. Most times you catch it before it gets out the studio door but in this case it got by. Sam’s people were very understanding of our predicament and we easily came to an agreement.”

Is there anyone cooler than him? No, that’s why he’s a legend and an icon.