Why Bob Dylan Is A Master Lyricist 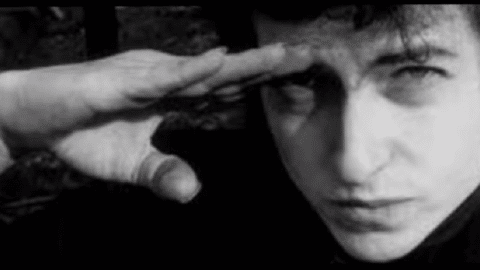 With a career spanning over five decades, Bob Dylan is more than just the voice of a generation. He has also written some of the most iconic songs in the history of music. These songs didn’t just catapult him into a new stratosphere of stardom but also elevated several other artists to legendary status.

Desolation Row, From a Buick 6, It’s Alright, Ma (I’m Only Bleeding), Knockin’ on Heaven’s Door, Lay Lady Lay, Like a Rolling Stone, Make You Feel My Love, Mr. Tambourine Man, Tangled Up in Blue, and All Along the Watchtower are just some of the tracks he penned that stood the test of time. He’s an influential singer-songwriter who never shied away from controversial topics or things that no one would dare talk about.

From politics to social issues, he’s fearless and unapologetic.

“I used to think that myself and my songs were the same thing. But I don’t believe that any more. There’s myself and there’s my song, which I hope is everybody’s song.” – Bob Dylan

His lyrics and music were unique and creative. He only got better and better with every album. He started off being heavily influenced by his musical heroes but he eventually found his own style. His words became proofs of his impeccable talent and multi-dimensional writing – some of his works are silly, humorous, or profound.

He never limited himself when it came to his lyrics – he wasn’t afraid of experimenting or moving into uncharted waters.

“I began writing because I was singing. That’s the important thing. I started writing because things were changing all the time and a certain song needed to be written. I started writing them because I wanted to sing them. Anyway, one thing led to another and I just kept writing my own songs, but I stumbled into it really. It was nothing I had prepared myself for, but I did sing a lot of songs before I wrote any of my own. I think that’s important too.” – Bob Dylan

He has written dozens of songs that made people laugh or cry. From his mainstream tracks to the deep cuts, there’s something in his catalogue for everyone. And even in the company of other great songwriters, he stands out. His creativity is beyond measure. Like a cherry on top, Rolling Stone named him as the greatest songwriter of all time. Even with his occasional lows, Dylan is a force of nature.

In a way, he also helped others achieve fame because of his songs. Surprisingly though, Dylan once shared that his songwriting isn’t exactly an avenue to air out his pent-up emotions. No matter what idea or concept he comes up with, he tries to steer away from overanalyzing them because that can only mean trouble as it tends to suppress his creativity.

Bob Dylan is a poet, a true artist who dedicated his whole life honing his craft. Even today, he remains an enigma and that’s perhaps one of his greatest appeals – that we know how he is as a musician but nothing more than that.