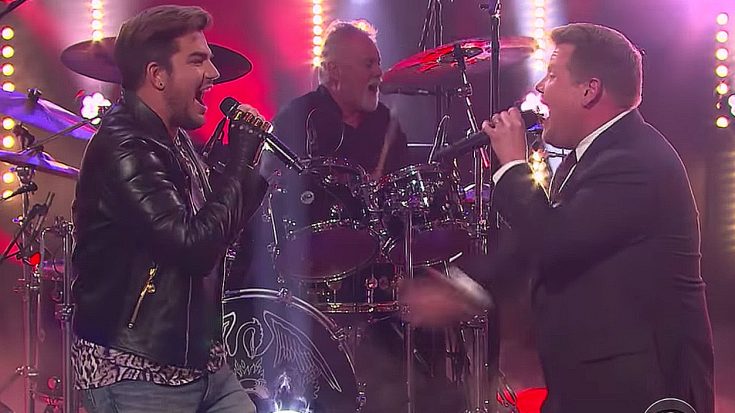 Get A Load Of Their Celebrity Judges!

When Freddie Mercury died, his bandmates were faced with the difficult task of deciding whether or not to continue Queen and if they did decide to continue what Freddie started, they faced yet another hurdle when it came to deciding who should take his place. Brian May and Roger Taylor first featured former Free and Bad Company singer Paul Rodgers on lead vocals before ultimately recruiting American Idol runner-up Adam Lambert in 2011, a choice that as we discovered this week rubs late night tv host James Corden the wrong way, though not for the reasons you’d think!

In the wake of Queen’s announcement of their 2017 North American tour, James revealed his childhood dream of singing for Queen following Freddie’s death and received the shock of a lifetime when Adam Lambert appeared to challenge him to a head to head battle, bringing along bandmates Roger Taylor and Brian May to ‘judge’ their performances. The showdown reaches a fever pitch when Adam and James dust off every Queen classic you can think of – “We Will Rock You,” “Don’t Stop Me Now,” “Crazy Little Thing Called Love” – before coming to an explosive finale and the clear winner named by Roger and Brian. We know, we know: the only clear winner is Freddie Mercury but hey…these two didn’t do half bad!