Footage Of Dio’s Hologram Performing In US Leaks Onto Internet—Looks Insanely Realistic! 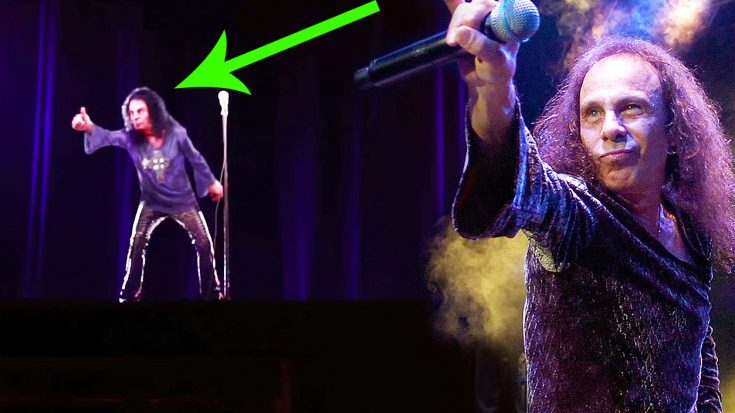 Back in 2010, we lost a rock legend. Ronnie James Dio passed away after a long battle with stomach cancer, and the rock world lost a wonderful person, performer and musician. Since his passing, people have been missing seeing him on stage. Well, technology has allowed us to enjoy him one last time.

Recently, the famed Dio hologram made its debut in the US. After originally appearing in Germany, the projection was so well received that the band decided to tour with it. The hologram made its first US appearance at the Pollstar Awards. The footage of the performance has leaked online, and let me be the first to tell you that it’s unbelievable! The projection looks completely realistic, and it’s almost impossible to tell if Dio is real or not! Even though some people don’t like technology in music, it’s great to see people embracing it and using it in a positive way!

Check out the incredible version down below, and be on the look out for the tour dates for the Dio hologram!