Caught On Camera: Steve Vai Put On A Masterclass With His Performance Of ‘Weeping China Doll’! 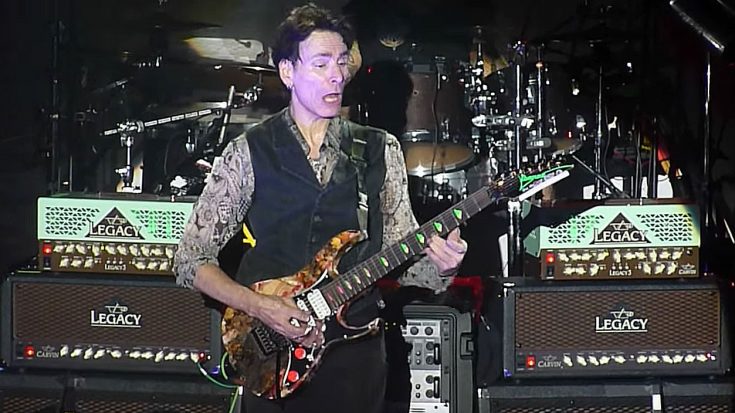 Steve Vai Puts On A Clinic!

It’s no surprise to hear that Steve Vai truly is one of the absolute greatest guitarists that has ever lived, and that’s not even an exaggeration. Steve Vai has single-handily influenced some of music’s greatest and most timeless guitarists of all time. Being a guitarist myself, if I can hear guitarists throw around the term ‘Steve Vai technique’, that’s an obvious indicator of the man’s greatness.

The man is great at guitar, no doubt. Seeing Steve Vai perform excellence with his guitar is always awesome, but it’s what you’d expect from him anyway. He’s one of the best, pure and simple. That being said, you’re about to be amazed by what he performs here.

What you’re about to watch is a video in which the aforementioned Steve Vai take to the stage to perform his new hit song Weeping China Doll. To put it simply, this man, like he always does, puts on an absolute clinic, and luckily for us, it was caught on camera!