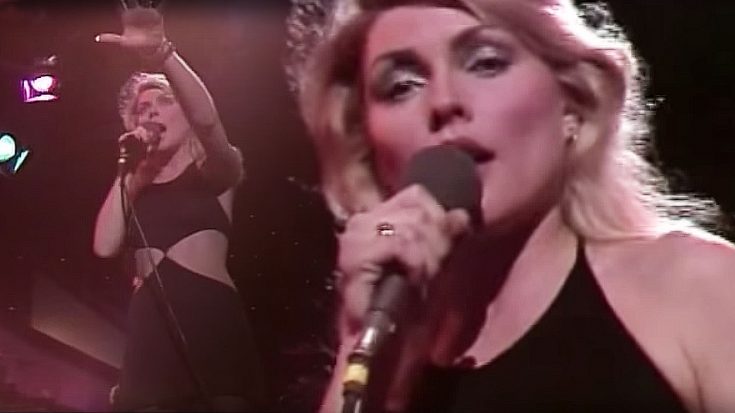 While Stevie Nicks was the reigning queen of all things ethereal with her own Fleetwood Mac, Blondie frontwoman Debbie Harry was the queen of all things punk and new wave, a heady brew of cool sexuality and streetwise style who knew how to light up a stage and whose band Blondie dominated the charts with several worldwide number one singles during the 1970s and 1980s. Following the success of their 1978 album Parallel Lines, Blondie experienced the commercial breakthrough in the United States they’d been waiting for.

Fun Fact: Written by Debbie Harry and Nigel Harrison for the band’s third studio album, Parallel Lines (1978), the song was inspired by one of Harry’s ex-boyfriends who stalked her after their breakup.

They appeared on Burt Sugarman’s The Midnight Special in 1979 shortly after Parallel Lines reached the #6 slot on the Billboard charts, dazzling the studio audience and viewers at home with the ultra aggressive “One Way or Another,” a far cry from the slick, bubbly “Heart of Glass” released just a few months prior. Always a vision, Debbie Harry owns her late night television appearance the same way she owned the tiny stage she’s seen slinking back and forth on, her Blondie bandmates fearlessly following her lead and if this isn’t a performance bound to make you smile, I don’t know what is. Enjoy!