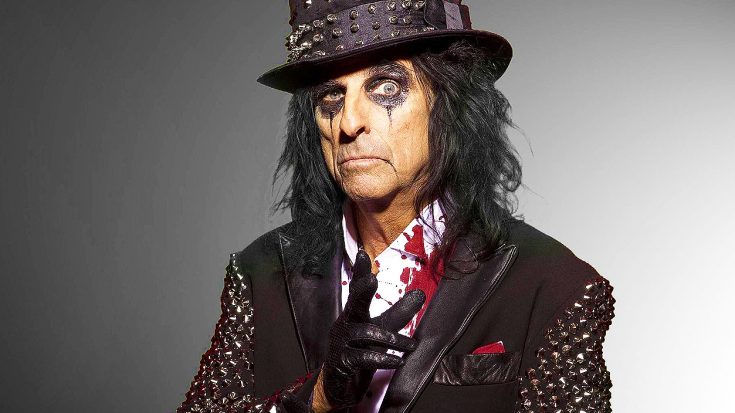 The moment that defined Alice as a performer!

Today we celebrate rock legend Alice Cooper’s 69th birthday! The legendary rocker was born February 4th, 1948, and has filled our lives with some of the wildest on stage moments in the history of rock n’ roll!

In honor of Alice’s big day, we’re taking a look back at arguably his most iconic, wildest and craziest on stage moment! During his performance at the Toronto Rock n’ Roll Revival in 1969, a chicken made its way onto the stage. Alice picked the chicken up, and tossed it into the crowd, believeing that it would fly. This, however, was not the case. The chicken plumeted into the crowd, where people proceeded to begin ripping it to pieces.

The following day the incident made headlines, with many believing that Alice bit the head off of the chicken. When Frank Zappa heard about the incident, he phoned Alice to see if it were true. Alice explained the truth, denying the rumor that he bit the head off the chicken. But Zappa urged him to stand by the fact he did bite the head off, and told him, “Well, whatever you do, don’t tell anyone you didn’t do it.” This wild moment will always be remembered in rock history.

Check out the video of Alice performing at the Toronto Rock n’ Roll Festival down below, and join us in wishing Alice Cooper a very happy 69th birthday! Have a NICE day, Alice!