Where Is Rock n’ Roll Headed Amidst The Pandemic 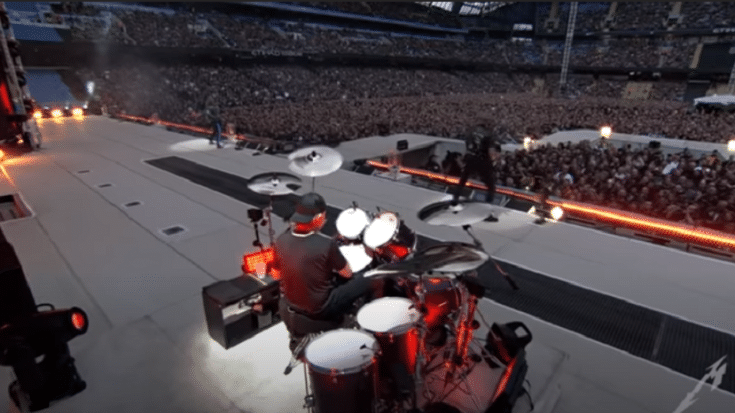 The coronavirus pandemic ground everything to a screeching halt. 2020 was supposed to be a busy year for classic rock musicians – the Rock and Roll Hall of Fame induction ceremony, reunion shows, Las Vegas residencies, new singles and albums, the list goes on and on.

And the question on everyone’s mind remains – where is rock ‘n roll headed amid this global health crisis especially as there is no end in sight yet?

The touring industry lost billions of dollars from all the canceled concerts and festivals. Rock acts were forced to either move the dates to 2021 or cancel their gigs altogether. This is pretty much the reason why a lot of musicians have considered quitting the music industry because this pandemic has taken a toll on them financially. Back in March, David Crosby revealed that he could lose his home after his summer trek was canceled. That’s not even the half of it, those who heavily relied on touring had to take non-music jobs just to make both ends meet.

More than six months since the lockdown, there have been some experiments about how future concerts would look like and while they look promising, it’s still no guarantee that sales and attendance would even come close to that of pre-pandemic times.

Album Releases in the Digital World

Rock bands like AC/DC have finished working on their new album and yet, their release has been pushed back because of COVID-19. Physical sales have been on a steady decline over the years with streaming starting to take over but the pandemic has given musicians another dilemma – whether to release or delay their new music. Of course, there’s always the option of releasing them digitally but it’s just not the same. For one, most musicians go on tour in support of their new album but they can’t do that right now. The most they can do is go live on social media to promote.

Two, people are distracted and because most are staying and stuck at home, there are thousands to watch, read, and listen to online. There’s the challenge of literally rising above the noise and making yourself heard. There’s competition for airtime – everyone in the music industry regardless of genre is competing with each other for the listener’s attention. But it’s not all negative – case in point is Bob Dylan’s unexpected shining moment with his 17-minute epic “Murder Most Foul”.

It’s no secret that the artists who dominated the ’60s, ’70s, and ’80s are now struggling with health issues and concerns. There are those like Steven Tyler, Ringo Starr, and Paul McCartney who still haven’t shown any signs of slowing down but there are also those who are extra cautious when hitting the road and performing in front of thousands. With the pandemic, these rockstars fall under “high risk” because of their age and health problems. They are more susceptible to acquiring COVID-19 because of their weakened immune system.

Backstage meet-and-greets are no longer feasible as it puts both the fans and the artists in danger.

The Future of Music

The entire music industry is at a crossroads with everyone asking, “Where do we go from here?” There are vaccines being developed but most likely, it will hit the market at least a year from now. Streaming, at-home performances, going live on social media – these things can only do so much. It takes so much more to interact with fans on a personal level which is what people experience in concerts and festivals.

There’s a lot of uncertainty right now that makes everyone restless. UK’s first socially distanced concert showed promise but whether musicians and event organizers will follow suit in a year’s time is anyone’s guess.