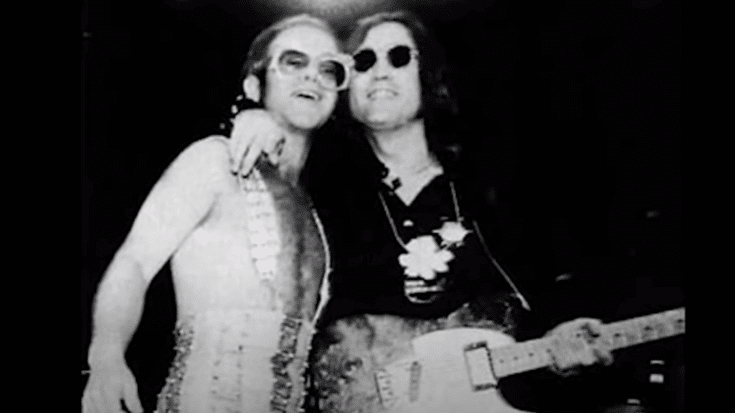 John Lennon’s 1974 single “Whatever Gets You Thru The Night” featured fellow rocker Elton John on harmony vocals and piano. While working in the recording studio, John told Lennon that it would top the US Billboard Hot 100. Lennon was skeptical so John made a bet that if it would land on the #1 spot on the charts, Lennon would appear at one of John’s shows.

And as fate would have it, the song became Lennon’s only #1 hit in the US in his lifetime. And making good on his promise, Lennon agreed to play at John’s Thanksgiving concert at New York’s Madison Square Garden on November 28, 1974. It turned out to be Lennon’s final live concert performance.

John revealed in the upcoming BBC Radio 2 and BBC Sounds series titled John Lennon at 80 that Lennon was both “terrified” and “physically sick” prior to the show.

John told Sean Ono Lennon, “I don’t think he’d played since the Peace Concert in Toronto, to be honest with you, and certainly not in New York I don’t think since The Beatles, and he was terrified.”

But eventually, Lennon overcame his nerves.

John recalled, “When he came on stage he was fine because the reception that he got at Thanksgiving Madison Square Garden in 1974… I’ve never heard a noise, a roar like it and… we all get goosebumps thinking about it. A lot of us cried and there were tears running down our faces because here was one of the four people that were the biggest band ever.”

Once he took to the stage, Lennon “wasn’t nervous during the show (and) he just played the same brilliantly.”