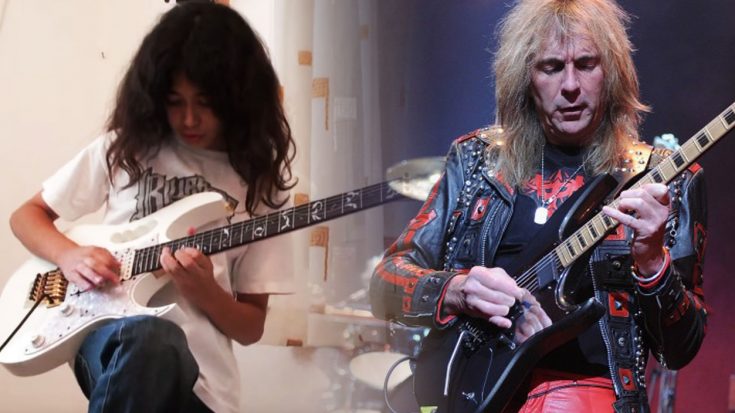 A Kid That Makes It Look Easy!

Now we’ve covered child prodigies in the past a number of times, so you’re probably rolling your eyes thinking that this is gonna another stereotypical prodigy video where the child whips another pretty decent cover of a classic rock song, but you’d be wrong. What we’ve found here is a video of a 12 year old kid playing a solo over a Judas Priest song called Painkiller. Not only is he playing a solo over it, he’s doing it in a way that makes most professional guitarists look like amateurs.

Again, if you think that this is just going to be another video of a child prodigy doing a fairly decent job, then you’ve got another thing coming! (Also a song by Judas Priest) Prepare to be amazed and have your jaw hit the floor when you see what this young man can do with his Ibanez Gem! And if you’re an aspiring guitarist, take notes!