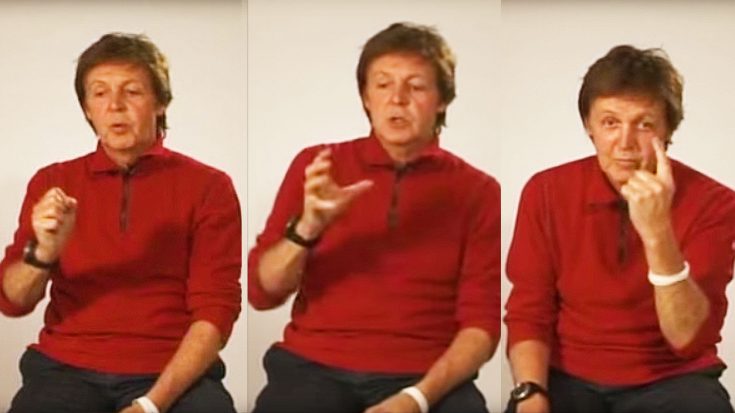 We’re still laughing over this hilarious, yet extremely dirty joke Paul McCartney narrates for us in this video. Paul shows off a less serious and family friendly side in this clip, and tells us a classic joke of a man who walks into a bar in Ireland, and meets the interesting owner of the establishment. In order to avoid spoiling everything for you, we feel it’s best if we only leave you with that much information on the joke itself. But what makes this video over the top funny, are the accents Paul uses, as well as his Mr. Rodgers-like outfit!

We have to be honest, though, it did take us a little bit to finally allow the hilariousness behind the punchline to hit us. But when it did, we couldn’t stop laughing. The end of the video with Paul awkwardly starring at you until you get the punchline is the best part! It’s as if he knows you won’t get it on the initial punch, but once you let it sit, it’ll hit you all at once and your laughing won’t stop. Wonderful sense of humor, Paul!

Check out the joke down below!