“Bohemian Rhapsody” Gets A Facelift In Time For ‘Suicide Squad,’ And It Pushes Some Serious Limits 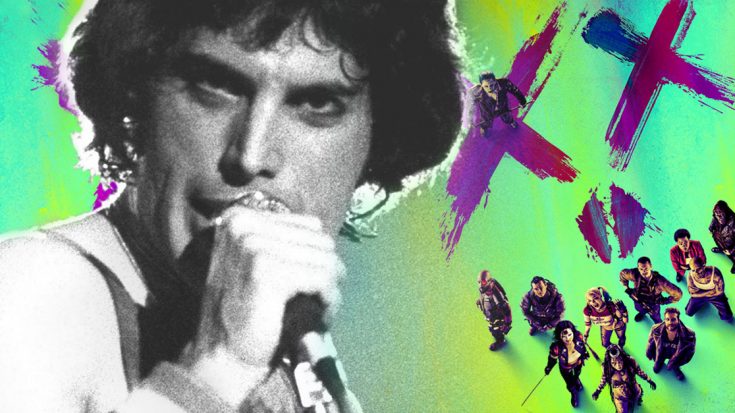 DC Comics are making headlines this weekend as their latest summer blockbuster Suicide Squad hits theaters, and to go with the all-star cast selected to portray some of Gotham City’s nastiest villains the movie was given an all-star soundtrack that features classic rock legends War and Creedence Clearwater Revival as the backdrop to the action adventure flick of the season.

In fact, if you’ve seen the trailers over the course of the last year then you likely remember hearing Queen’s “Bohemian Rhapsody” played as The Joker and Harley Quinn raced around Gotham City in a Lamborghini – but if you’re looking to find Queen’s take on the 1975 epic on the Suicide Squad soundtrack, prepare to be disappointed because not only is Queen not on the soundtrack, “Bohemian Rhapsody” was given a 2016 update in the form of a cover by Las Vegas emo rockers Panic! At The Disco and it pushes some serious limits, at least in the eyes of these classic rock fans.

Fronted by Brendon Urie, Panic! At The Disco have been performing “Bohemian Rhapsody” at their live shows for the past few years now and I’ll give them credit – it’s actually a ton of fun to see them perform it live and for an added touch of nostalgia they have the car scene from Wayne’s World playing on a humongous screen behind the band. However, Panic’s studio version of “Bohemian Rhapsody” is a little too slick and a little too overproduced, the fun vocal tricks executed by Freddie Mercury, Brian May, John Deacon and Roger Taylor replaced by auto tuning, studio effects and a few artistic liberties taken where we’d really rather they’d have stuck to the original blueprint.

Is it a terrible cover? No. But does it hold a candle to the original? Absolutely not. At the very least, it introduces Queen to a brand new generation who wouldn’t have checked them out otherwise and hey, it’s pretty hard to get mad at the idea of kids putting down the Kanye West albums and picking up A Night At The Opera. Check it out in the audio below and as always, let us know what you think!