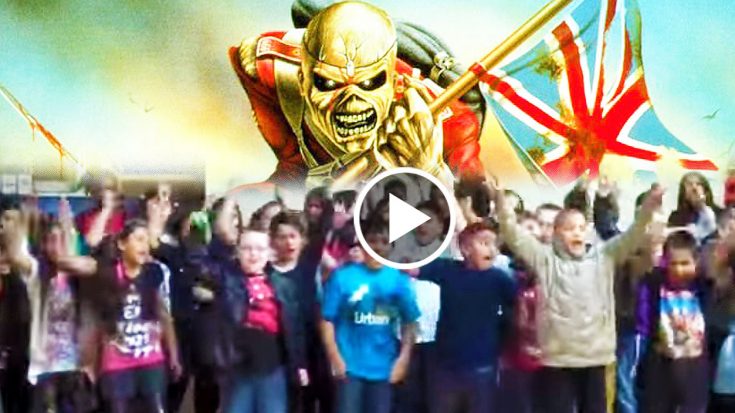 Let’s face it, the younger generation is being raised on music that is cringeworthy. But luckily for the children of Watville Primary School, the teachers have taken action on making sure at least some of the children are introduced to some of the great classics that will live on forever. Although we have no idea what the intention was behind this, a small class of students gathered together and sang along to Iron Maiden’s “Flight of Icarus!” What’s impressive, is that they all know the lyrics and remain in harmony. This definitely puts a smile on anyone’s face who watches it, and is truly special.

Another impressive factor is the students have also choreographed a dance to go along with it, complete with air-guitar solos and lots of jumping. “Flight of Icarus” was released on Iron Maiden’s Piece of Mind in 1983. It was one of the band’s biggest hits, and the band has become an icon in not only British metal, but British music as a whole. The students of Watville Primary School definitely paid great tribute to their fellow Englishmen, and we hope that this video got to them some how.

Check out the video down below!