When Kirk Hammett Had To Go To Traffic School, He Showed Up And Did What He Does Best! 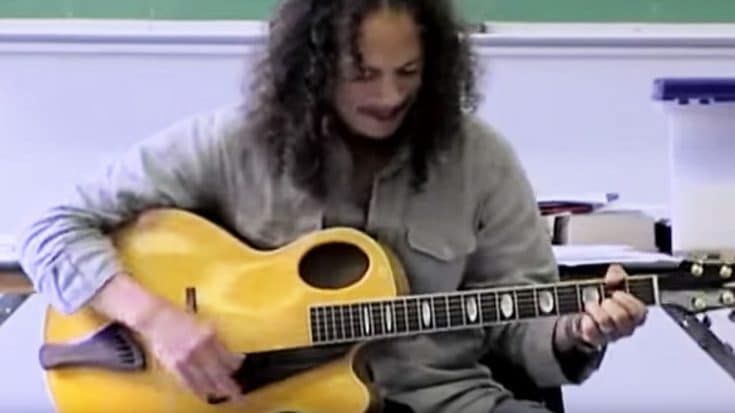 One such person that had to go to traffic school was our own Kirk Hammett. Regarded as one of the most influential metal guitarists in the world (yes, I just said that, get over it) Kirk Hammett is truly a legend in the hard rock and heavy metal community.

When he showed up for traffic school, it was painfully obvious that he didn’t want to be there, but he wouldn’t show up without having his say, so to speak. What you’re about to see is a video in which Kirk Hammett shows up to traffic school with a guitar, and you can probably guess what happens next.