Exciting News For Yes Fans! Jon Anderson Has Announced That…. 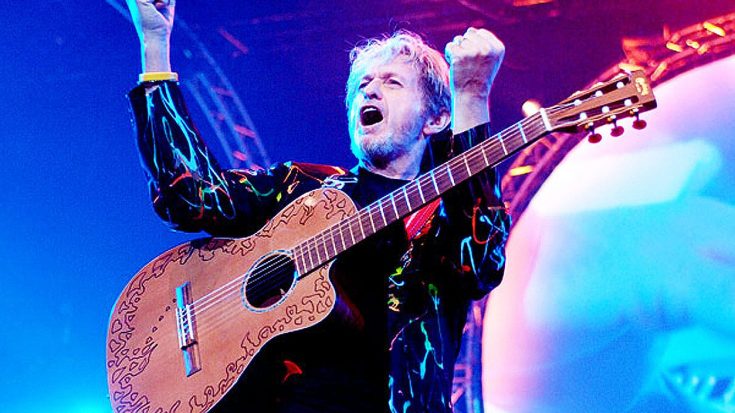 They’ll all be together on stage again!

The long wait is finally over! After years and years of missing out on the Rock and Roll Hall of Fame, Yes are finally getting their moment! Next month the band will be inducted, and we have some major news regarding this prestigious event and achievement!

Former frontman Jon Anderson has confirmed that he will join his band on stage to be inducted into the Hall of Fame. It will be the first time the band has all performed together in almost 10 years, and the first time Anderson will perform with Yes since 2015, when they paid tribute to late member Chris Squire.

“It’s a family; there’s always animosity. People that you love you don’t always like, and there’s always going to be that. But when you’re celebrating who you truly are, you forget about all that and just get on with meeting each other and seeing each other, and it’s just one of those things. It’s not a problem; We’ll just get together and have fun. Music is a healing force on every level.”– Anderson said.

Anderson also talked about Squire, who passed in 2015. Anderson explained how Squire was always fighting for the band to get into the Hall.

“He always believed that we should have been in the Hall of Fame. It wasn’t high on my agenda. ‘It happens when it happens’ was my mantra. But we know Chris will be there in spirit, in energy. I loved the guy very much. Without him I wouldn’t be here, that’s for sure. And I can’t believe it’s nearly 50 years ago when me and Chris started the band. You think you’re gonna be together two, three years maybe, if you’re lucky, and here we are. Yes’ music is still surviving.“- Anderson said.

The ceremony is set to take place April 7th. Geddy Lee and Alex Lifeson from Rush will induct Yes, and Lee will actually stand in for Squire during the performance.