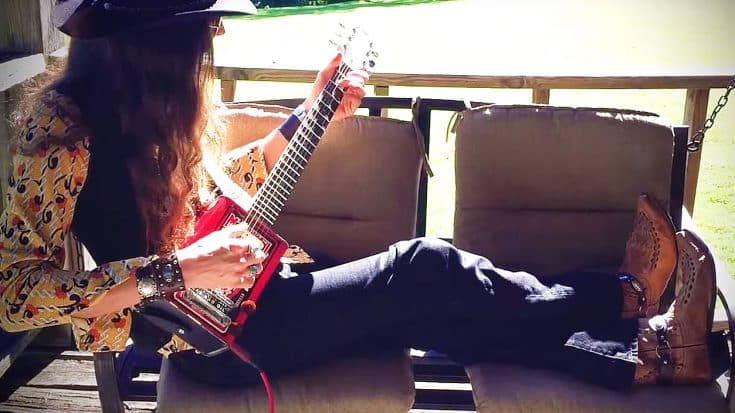 Hailed by Guitar World as “a must-see act,” an “American master” by John Carter Cash, and “a musical visionary” by Ted Nugent, Nashville-based Roots Blues and Americana artist Justin Johnson is an absolute force to be reckoned with. Opting for fun, innovative variations on guitars, he is blessed with the ability to seamlessly blend the inspiration of the past with tomorrow’s promise, dazzling fans online and onstage with his fearless approach to breathing new life into old classics – and his absolutely stellar, sun drenched cover of The Beatles’ “While My Guitar Gently Weeps” is no exception!

Fun Fact: Though not credited, the original version of “While My Guitar Gently Weeps” features Eric Clapton performing the song’s lead guitar part.

Filmed while swaying lazily on his front porch swing, Justin strums away at a guitar fashioned from a vintage oil can, serving up a cover of “While My Guitar Gently Weeps” that holds all of the warmth and strength of the hazy patch of sunshine enshrouding him as he turns this 1968 classic into a gorgeous little extended jam we simply cannot get enough of. Many have covered “While My Guitar Gently Weeps,” but few have managed to leave their own mark on it; Justin Johnson, as with all that he does, succeeds in spades. Fiercely gifted and unrelenting in his quest to bring music back to its roots, Justin is a musician for the ages and we’re sure that you’re going to love this cozy little performance just as much as we did. Enjoy!