What Would Happen If Jimi Hendrix Is Still Alive 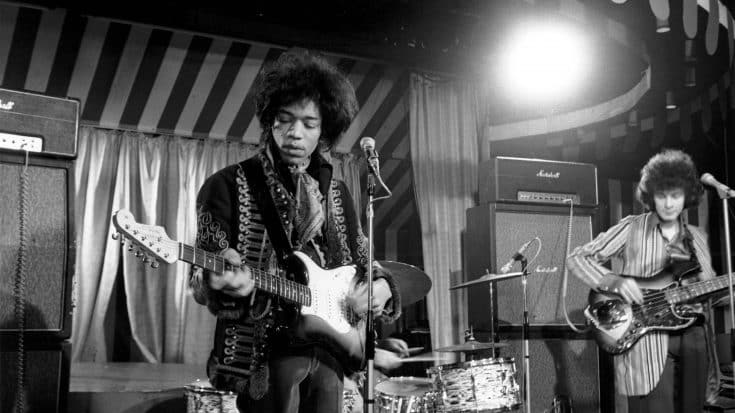 LONDON - MARCH 02: L-R: Jimi Hendrix and Noel Redding of The Jimi Hendrix Experience perform on stage in front of Marshall stack amplifiers at the Marquee Club in Wardour Street during filming for a special of the German TV Show 'Beat Club' on March 2nd 1967 in London. (Photo by Bob Baker/Redferns)

The Guitar Hero of Legends

Jimi Hendrix was by no means overrated. Even without taking into consideration his four-year mainstream career, his axeslinging skills were more than enough to impress and earn him the respect of other legendary guitarists like Eric Clapton. Without Jimi Hendrix, other guitar heroes would not even exist.

Almost fifty years after his death, his talent and musicianship still remain unmatched. His solos were next level. And while his fingers fly on the fretboard, it’s more than just the speed. His technique and sound are too complex to imitate even for professional guitar players. “Voodoo Child” is a testament to this. Any attempt to perfectly duplicate the groove and feel Hendrix displayed in this piece of music is futile. Stevie Ray Vaughan did justice to the song with his splendid cover but even for all that, nothing will ever come close to the original.

Hendrix was only 27 years old when he died and the entire rock ‘n roll universe was shattered. And in the spirit of nostalgia, how about we imagine a world made better by Jimi Hendrix still living in it? What ripple effect will it have on today’s guitarists and even rock as a whole?

Jimi Hendrix’s participation in some of the biggest and most historical music festivals helped propel him to the top. He won massive new fan bases with every performance and it further cemented his spot in the rock ‘n roll pantheon. His set at the Monterey Pop Festival, which he ended by setting his guitar on fire, made him a legend. But it was his seminal Woodstock performance that turned him into a household name.

If he was still alive today, he would undoubtedly be one of the highlights of Woodstock 50. Organizers would bend over backwards to sign him up. He might play at Coachella at least once – other rock legends have also performed there back when the festival featured actual artists instead of “musicians” who use laptops for their performances. Tool, RATM, Iggy Pop, The Cure, Prince, Roger Waters, Paul McCartney, Morrissey, AC/DC, and Guns ‘n Roses are just some who have performed at Coachella over the years.

He might also be invited to join the three-day concert Desert Trip alongside Macca, Waters, Rolling Stones, Bob Dylan, and The Who.

Every music-loving kid today can name a Hendrix track or two. He’s not just some guy on a t-shirt. His mastery of the guitar is something an amateur guitarist aims to accomplish. Not only did he incorporate a wide array of styles into his music, he also didn’t shy away from using effects if the need arose. More than another guitarist, Hendrix was a showman.

All those guitar showmanship you see from rock bands nowadays? They owe a lot to him who made playing the guitar look sexy and cool. His live performances made him almost otherworldly. Besides, he was one of the first artists who managed to break any racial division. He’d be 76 years old today and we’ve no doubt everyone would still be worshiping the ground he walked on.

From velvet pants and suits to silk satin bow blouses and scarves, Hendrix’s fashion was the same as his music – colorful and vibrant. Those young fashionistas in festivals have him to thank. And somehow, we believe he’d be like David Bowie whose fashion sense became as legendary as the man himself. Hendrix was confident in his own skin and so it goes without saying that he could pair striped pants with gold embroidered velvet vest and still nail the look.

Steven Tyler was the face of various clothing lines and therefore, it would come as no surprise if a designer finds inspiration in Hendrix’s style.

Hendrix was once photographed with aqua blue silk jacket and lime green pants and if any other guy wore it, it would’ve looked tacky. But it’s Jimi Hendrix so of course, it was fashionable. He wasn’t into what’s hot or trendy, he dressed according to what he liked. And so if he’s sporting psychedelic pieces today, everyone would follow suit – or at least, we will.

Like most of the artists in the ’60s, Hendrix used his music to voice out his political stance and protests. It was his means of shedding light on important issues that he felt weren’t being addressed enough. He made a statement not just with his songs but even with how he used effects during his live performances.

The Vietnam War in 1969 sparked outrage everywhere. And on Hendrix’s rendition of the National Anthem, he played it differently such as dragging and dropping the notes which made the song more dramatic. He didn’t need to use words to make a protest. His passion-filled performance was more than enough to highlight the destruction and ugliness of war.

“Machine Gun” is also another prime example of his unwillingness to sit back and watch as chaos erupted in another part of the world. He once served in the military and it stands to reason that he had deep understanding of what war brings. And if he were alive today, he won’t stay quiet when things go horribly awry.

During the making of Electric Ladyland, manager Chas Chandler and guitarist Noel Redding noted Hendrix’s unpredictable work ethic. For his European Tour in 1970, he had to cancel some shows too. Somehow, we don’t see Jimi Hendrix making new records and going to tours anymore.

He never seemed like someone who would work his fingers to the bone for money. He did what he did for his love and passion for music. He joined festivals and collaborated with other legends to make music and not exactly for monetary gain. And in his 70s, he’d most likely retire from the spotlight but continue jamming with friends or in small venues. Once in a while, he’d join big events.

Even with only three studio albums, Jimi Hendrix has given us enough musical gems that stood the test of time. He’s often imitated but at the end of the day, he remains unrivaled. He was gone to soon and we can only imagine how much richer his legacy would’ve been if he remained in the rock ‘n roll scene for a few more years.

Nevertheless, another fifty years from now and people will still be talking about his musicianship, talent, and skills, and how he changed the world one music at a time.