What Happens When Stevie Nicks Sings ‘Landslide’ With A Small Orchestra? The Result Is Breathtaking… 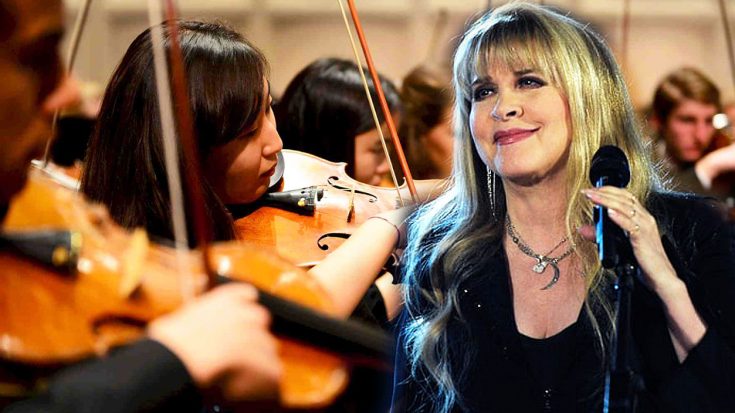 Stevie Nicks truly is one of the (if not THE) most beloved and cherished rock goddesses of all time. It’s often been said that Stevie Nicks can do no wrong. Everything she does she does it with class and style. She is one of the best, pure and simple. Her style, persona, voice, and charisma are all aspects of her that are often imitated, but never duplicated. Then again, all this praise is stuff you’ve heard before. Onto the subject at hand. Stevie Nicks’ iconic song Landslide is undoubtably one of the most beautiful acoustic songs of all time. Its simplicity, harmonies, and lyrical content make this song a timeless anthem.

Here’s the thing. One of the hardest things in the world to do is to take a timeless classic song and make it even more beautiful. Often times the attempts are unsuccessful. Some come close, but very few times are they ever successful. What Stevie Nicks has done with her song Landslide is one of those rare exceptions. What you’re about to watch is a video in which Stevie Nicks takes to the stage to perform the aforementioned song Landslide, only this time she is partnered with a small orchestra. What would happen if these two elements were to come together for this iconic song? The result is breathtaking. Don’t believe me? See for yourself!