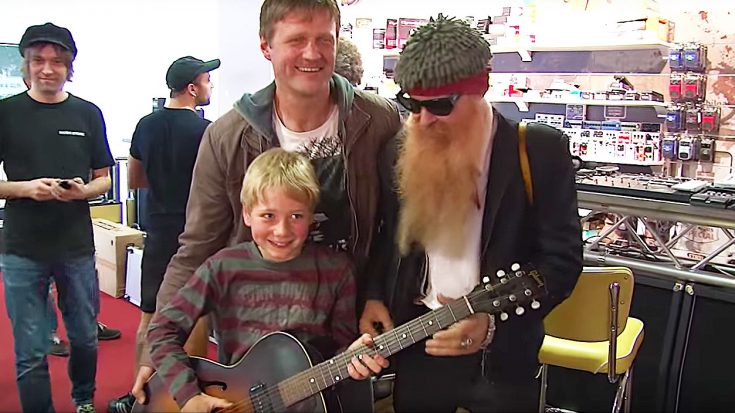 He was so personable

Many people know him by the long beard that dangles well past his neck. But many don’t know the man behind the beard. ZZ Top’s Billy Gibbons is not only a rock n’ roll icon, but also a great person. He loves his fans, and dedicates himself to keeping the tradition of rock n’ roll alive!

Recently, Billy dropped by a custom guitar shop in Cologne, Germany and just interacted with fans. This video is basically a bunch of clips from his visit. You can see him signing a guitar for some fans, playing his own guitar, taking questions from people about specific instruments and even teaching a small boy how to correctly hold a guitar! It’s a pretty amazing video, and truly shows Billy’s character and generosity. It’s great to see rockstars interacting with their fans like this. He’s engaging with them like a normal human being and wandering through the store as if he were one of them!

Check out the awesome video down below and let us know what you think! Rock on, Billy!