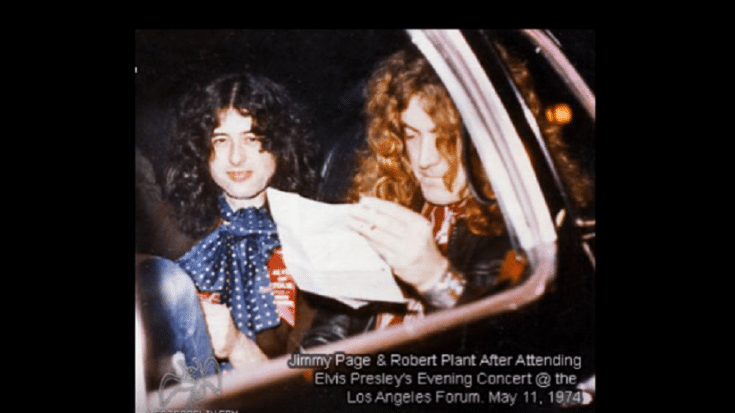 Elvis Presley was a rock ‘n roll pioneer and Led Zeppelin was one of the biggest rock acts of the 1970s. And it’s no secret that the band members were huge fans of The King. And so on May 11, 1974, Led Zeppelin was given complimentary tickets to watch Presley’s show at the LA Inglewood Forum. Robert Plant, Jimmy Page and John Bonham were in LA for the launch of their record label Swan Song Records.

Presley was no longer at his prime but he could still deliver the goods. And Led Zeppelin was more than excited at the prospect of finally meeting the legend that they all admired. At one point during the show, Presley told his band, “Wait a minute. … If we can start together, fellas, because we’ve got Led Zeppelin out there. … Let’s try to look like we know what we’re doing, whether we do or not.”

In several interviews, Plant shared a bit of what happened when they met Presley after the concert. They talked for an hour and a half! After that meeting, Presley and Plant ended up singing to each other in the corridor. Now imagine if they actually collaborated on a few songs. That would’ve been iconic.