Wendy Dio Has Finally Given Her Real Thoughts On Ronnie James Dio’s Hologram! 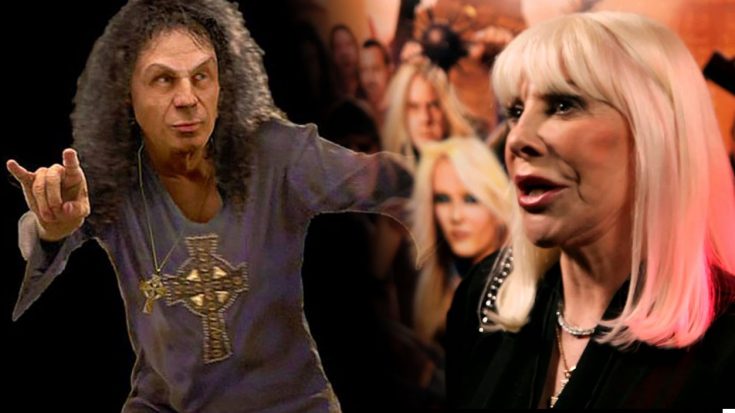 Finally Some Words From The Woman Herself!

Recently, as it’s been reported by us and many other sources, Ronnie James Dio has been resurrected in hologram form. When the hologram first made its debut, many fans were overly delighted. It was the triumphant return of the rock legend himself. The person that was probably the most delighted was Ronnie James Dio‘s wife Wendy Dio. At one point she described it as one of the most emotional things she had ever seen in her life. It brought tears to her eyes as well as many other fans. She recently spoke more on this issue. Here is just some of what she had to say.

Wendy Dio speaking to Eddie Trunk about the idea of Ronnie James Dio being brought back as a hologram. “I thought it was a really good idea, especially with Ronnie, because he was always into fantasy and theatrics and things that he loved to do, and he loved to bring, so I thought it was something that he probably would want to do. And it was something to keep his memory and his music alive. We went down into the pit to watch it. And I have seen it over and over again in rehearsals and so on and so forth, but actually seeing Ronnie up on stage with his band, I was brought to tears, as were all the fans that were near me. Because I was down in the pit, I could see the fans, and they were all enjoying it, but crying, and it was very, very emotional. But I think it was a lot of love. It was emotional with love.”

This is obviously one of the more touching moments in rock history. A rock legend who has passed away being brought back to life once again. As Wendy Dio had just said, this is something that Ronnie James Dio would’ve obviously wanted, so it’s good to see that the unofficial wish was fulfilled! What do you think about the hologram? Let us know in the comments below!