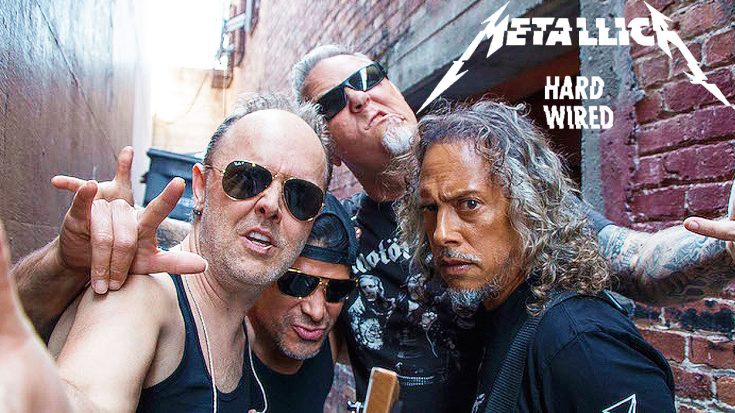 The Future of Metallica is now

In light of the official announcement of their upcoming album Hardwired…to Self-Destruct, Metallica have released a brand new song! The track, “Hardwired,” is the title track off of the band’s upcoming LP, which is set to release November 18th. The band also debut a new music video to accompany the song, featuring the band playing the tune in black and white with a strobe light effect. Hardwired…to Self-Destruct will be a 12 track 2 disc album, with the deluxe addition containing a 3rd disc with 14 extra tracks, for a total of 26 songs!

As a personal opinion, “Hardwired” starts this new era of Metallica off on a positive note. The track is incredibly fast, and will work well as the opener of the album. Lars Ulrich’s drum track sounds great (he actually uses double bass!), Kirk Hammett and Robert Trujillo’s respective bass and guitar riffs are hard hitting, and James Hetfield’s vocals (and guitar) are on point! The only component of the song that could use improvement are the lyrics, however. They sound very generic and lack that depth that Metallica’s past lyrics have had, but hey, it’s only song 1 our of 26! Overall, the song holds that classic Metallica sound we all have known to love, and gives us hope for the new LP!

Check out the new song, album art and track listing for Hardwired…to Self-Destruct down below and let us know what you think!