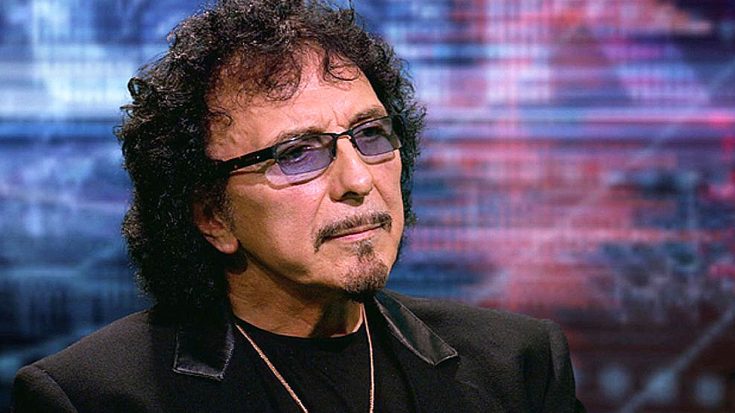 Black Sabbath Has Officially – Tony Iommi Speaks On The Experience

Well guys, Black Sabbath are no longer touring. They have officially retired from that. If you’re unaware of who Black Sabbath is, first of all, how are you even here? Second of all, at least in my opinion, they created heavy metal. That’s not even an exaggeration. They LITERALLY did create heavy metal. Just ask any music historian or and rock/metal band and they’ll tell you the same. But anyway, back to what the point of this article is. In a recent interview, Tony Iommi talks about his time with Black Sabbath.

Tony is asked if this all feels nostalgic: “Oh, yes, it’s very nostalgic, because it really is that last tour. As far as any more dates, no, that won’t happen. I get really tired now with all the traveling. It’s just not good for me to be flying all around. I start getting pain where I had cancer in the lymph nodes. We have to draw the line somewhere and end it.”

Tony is asked if he knew whether or not Black Sabbath’s last show would be in Birmingham: “We didn’t. We thought it would be nice if we could end there because that’s where we started, but it just worked out. It’s really peculiar to think that we are going to stop at all. For me, I love the playing, I love being with the guys onstage, but it’s all the other stuff I don’t like the traveling, being away from home for such a long time.”

Tony is asked if he’ll quit music completely: “No, a vacation for me is to be at home. But I’m not going to leave the music business. I still want to write and play and I’ll be doing some TV for something over here in England called Guitar Star. But I love the playing, I love gigs, I just can’t travel anymore.”

Are you sad to see Black Sabbath go? Let us know what you think in the comments below!