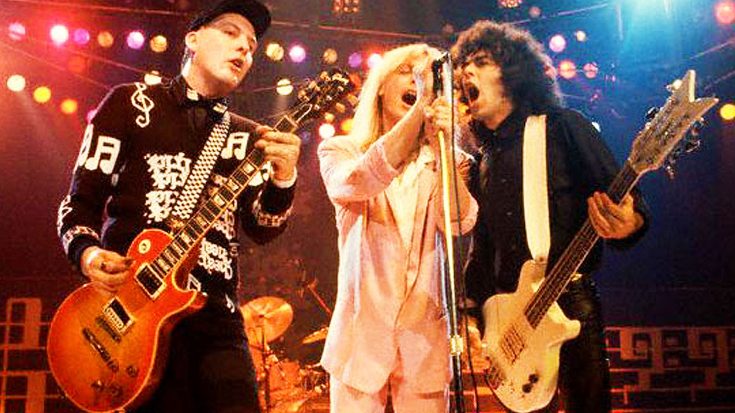 Never give yourself away

In the prime of their career, Cheap Trick proved to be the voice of the world’s youth by kicking out high powered, energetic anthems. The Rockford, Illinois band was always quirky and pulling out the craziest tricks and stunts on stage!

In 1978 the band released their third studio album Heaven Tonight, which included one of their most popular songs: “Surrender.” One of the highlights of any Cheap Trick concert, is when they play this song! Guitarist Rick Nielsen will usually throw our guitar picks, and records into the audience! In addition, this Nielsen will often bust out his famous custom 5 neck guitar, just to show off his incredible skill!

Fun Fact: Though it was not a big chart hit, this teen anthem is one of Cheap Trick’s best-known songs. The singer thinks of his parents as a bit overprotective and kind of weird, but he gains a new respect for them at the end of the song when he wakes up and they are rolling around on the couch listening to his KISS records.

The performance down below, is Cheap Trick performing the song at Daytona in 1988. This is one of the best live versions we’ve heard of the song, and we guarantee it will immediately induce nostalgia the second you push play! Check it out!