We Just Found This Lost Randy Rhoads Live Footage, And It’s Beyond Incredible 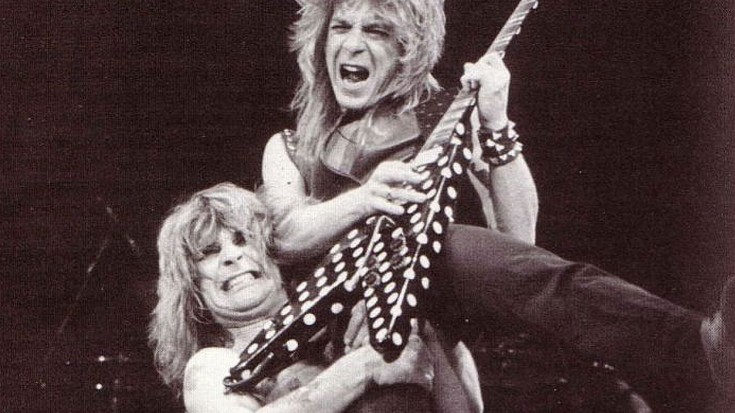 One of the greatest tragedies surrounding the death of Randy Rhoads is the lack of live footage of the rock legend.

His career tragically cut short at the age of 25, it was one thing to hear Randy’s guitar playing on Ozzy Osbourne and even Quiet Riot albums but for those that had the privilege of seeing him live, the experience was nothing short of magical. Now, thanks to a few fans who thought to record anything on television that mentioned Randy, those of us who didn’t get a chance to experience Randy’s magic now have the chance to – which is what happened in the case of this newly surfaced rare footage.

Taken from an episode of Entertainment Tonight and provided by YouTuber Drew Rodriguez, Randy can be seen absolutely smoking “Crazy Train” in between footage of Ozzy tearing around the stage and audio of the singer giving an interview.

Running at 3 minutes in length, this pro-shot footage is a great little glimpse into a part of Randy Rhoads’ career that fans all over the world miss the most. Check it out in the footage below – it’s definitely worth a watch!