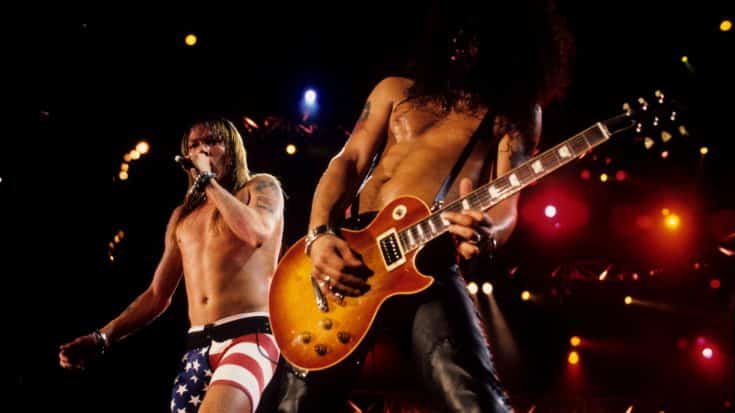 The net worth of the Guns N’ Roses members, Axl Rose and Slash, went up to $47 million after the band went on touring.

Guns N’ Roses accumulated large numbers of crowds after they reached success in 1985. Looking back, their touring journey started with their first series concert that was dubbed The Early Days of Guns N’ Roses, which took place between 1985 and 1987.

During their breakthrough success, they toured for Appetite for Destruction and Use Your Illusion, which even became one of the longest concert tours in rock history. After three more tours between 2001 and 2014, the Not in This Lifetime… Tour came in 2016.

The band’s extensive and victorious journey ended in November 2019, and it gave them great financial success. However, in 2020, the band once again decided to hit the road with the Guns N’ Roses 2020 Tour. Although the concert is still ongoing, it has already brought them a whopping income of $47.3 million, which constantly adds to the net worth of Rose and Slash.

Since Rose is the quintessential leader of the band, he is considered to be the wealthiest band member with an estimated net worth of $200 million. The figure is not surprising at all considering that the band has had a solid place in the rock scene starting from the late 1980s. However, it does not solely come from his role in GNR, but it may also come from several other musical projects over the years.

Meanwhile, the Guns N’ Roses lead guitarist Slash holds a net worth of $90 million as of to date, making him the second wealthiest member of the band. Slash was able to make this big because of his contributions significantly to the band’s original sound with his widely acclaimed signature guitar playing.

Of course, just like Rose, his earnings did not come from GNR alone. Over the past years, Slash co-founded the supergroup Velvet Revolver and released two studio albums, he pursued a solo career, and he also collaborated with many other notable artists as a session player. The guitarist also pursued other businesses like acting and writing a book which added to his wealth.