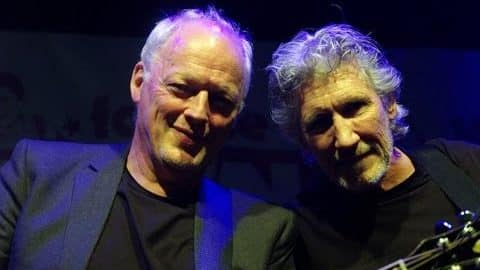 Roger Waters and David Gilmour have come together to work on a Syd Barrett project.

The Pink Floyd members have reunited for a new documentary about the late founding member of the band. Dubbed “Have You Got It Yet? The Story of Syd Barrett and Pink Floyd” will revolve around the late icon which includes interviews with Waters and Gilmour, who have been reported on bad terms for years.

Remembering Barrett, he fronted Pink Floyd in the mid-1960s and was widely acclaimed for his clever lyrics and guitar-playing style. However, his heavy involvement in drugs such as LSD caused him to end his musical career with the band.

The documentary title was named after an unreleased song Barrett brought to his last practice session with Pink Floyd. It will focus on the early days of the band, as well as Barrett’s turbulent life.

In addition to that, it will also feature new interviews with the late singer’s surviving bandmates, including Nick Mason. Aside from them, Barrett’s sister Rosemary Breen, the Who’s Pete Townshend, Blur’s Graham Coxon, and Pink Floyd managers Peter Jenner and Andrew King will also be featured.

Produced in Mercury Studios and co-directed by Roddy Bogawa and Pink Floyd’s late graphic designer, Storm Thorgerson, who knew Barrett in the 1960s. They have secured the rights to nearly 50 songs from Pink Floyd and Barrett’s solo discography so they can use it in the soundtrack.

Mercury Studios CEO, Alice Webb, said that it will not just simply highlight the story of Barrett as a co-founder of Pink Floyd, but as well as a cultural icon and a musical genius, adding:

“Syd Barrett was more than just the co-founder of Pink Floyd. He was the creative fuel, who became a pop culture icon, and left everyone wondering where he went as his presence lived on in the music that came after.”