We Explore The Failed Musical Projects Of Classic Rock Legends 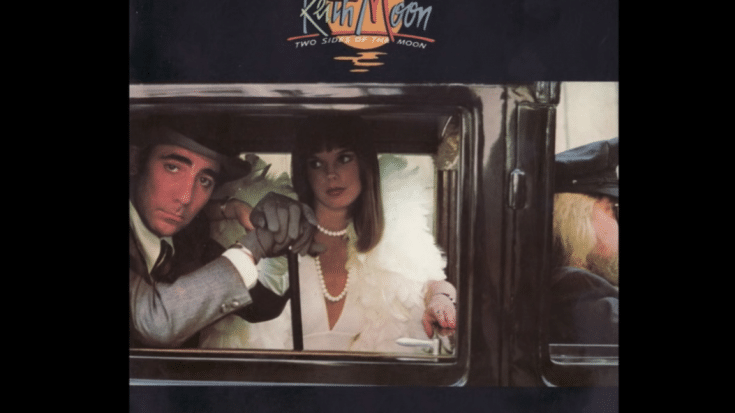 Rockstars working on side projects is nothing new. Maybe they need another outlet for their creativity or they just want a breather from doing the same things with the same people for so long. Either way, it’s interesting to see what our favorite musicians worked on as they stepped out of their comfort zone. Unfortunately however, it doesn’t always work out because of various factors. Just because someone is a legend in the industry doesn’t necessarily ensure success.

Let’s take a look at these musical projects that failed:

No one’s going to argue that Keith Moon is in a league of his own. Behind the kit, he’s a beast – a wild, manic, and aggressive one at that. He’s a legend even among his peers but his first and only solo album Two Sides of the Moon was a huge disappointment. At that point, he was the only member of The Who without a solo record. It cost a staggering $200,000 to record and even Moon himself admitted it was “a really shitty record.”

The problem is, Moon’s a legendary drummer and people expected him of course to play the drums. But he only drummed on three out of ten tracks and his primary contribution were the vocals. It featured star-studded guests but even that couldn’t hide the fact that it was a lousy album. Honestly, it’s pretty painful to listen to.

David Bowie formed the hard rock supergroup Tin Machine in 1988 and it consisted of The Cure’s Reeves Gabrels (guitar and vocals), Tony Fox Sales (bass and vocals), and Hunt Sales (drums and vocals). They released two studio albums and one live album before disbanding in 1992. At the time, Bowie wanted to do something different – he wanted to make music that he liked and not to please mainstream audience. He once told Orlando Sentinel, “It was great I’d become accessible to a huge audience… but not terribly fulfilling.”

Tin Machine served as his refresh button as an artist. It was a way to get his creative juices flowing. Sadly, both the press and Bowie’s fans were either baffled or dissatisfied. When they embarked on a tour, concertgoers mostly wanted to hear Bowie’s classic hits and not Tin Machine’s material. Bowie’s popularity also didn’t help the sales. EMI Records lost money and the label simply wanted out. Years after they split, Bowie told Uncut that Tin Machine “charged me up”.

Mick Jagger founded the one-off supergroup SuperHeavy in 2011 with Joss Stone, Dave Stewart, A. R. Rahman, and Damian Marley. Jagger formed it on a whim and the members came from different genres which is exactly what the Rolling Stones frontman wanted. From Indian music to reggae, it would’ve been difficult to find common ground and Jagger himself revealed that their recording sessions were “chaotic”. In just ten days, they produced around 40 hours of music.

They only had one studio album and Jagger previously shared that it was so much easier for him as a member of SuperHeavy compared to being in the Rolling Stones mostly because he didn’t have to sing at all times. They took turns with the lead vocals.

After Led Zeppelin disbanded in 1980 following the death of drummer John Bonham, Jimmy Page kept himself busy with various projects including the English supergroup XYZ which consisted of former Yes members Chris Squire and Alan White, and former Greenslade keyboard player Dave Lawson. Robert Plant attended one rehearsal but he didn’t like how complex their music was. They did have a four-song demo tape but it wasn’t long before the project was shelved altogether.

After leaving The Stone Roses, John Squire formed The Seahorses. They released one album and were working on a follow-up when they decided to go their separate ways because of differences. They even toured in support of The Rolling Stones, U2, and Oasis. Squire later commented, “The band sounded complacent. I don’t suppose it was anyone’s fault.”