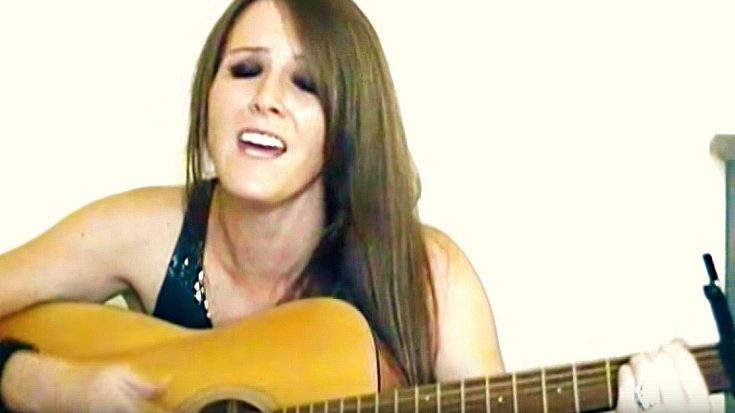 “And, Lord I Can’t Make Any Changes…”

The greatest – and most difficult – test of a singer’s abilities is whether or not they believe what they’re singing and better yet, whether or not they can make you believe it, too. In the case of YouTube artist Chelsea Flowers and her cover of Lynyrd Skynyrd’s “All I Can Do Is Write About It,” this talented young lady doesn’t just check both boxes – she takes you on an emotionally charged journey to a place most of us have never been, a feat that’s nigh impossible to achieve, especially in the form of a cover.

Written in 1975 and featured a year later on Lynyrd Skynyrd’s fourth studio album Gimme Back My Bullets, “All I Can Do Is Write About It” was Ronnie Van Zant’s love letter to his native Jacksonville, calling forth memories of his life spent in the South and marveling at the way life had changed over the years.

“Well, you can take a boy out of ol’ Dixieland
Lord, but you’ll never take ol’ Dixie from a boy.”

From the she-gator protecting her young to “a youngin’ with his dog,” Chelsea Flowers takes us back to the place Ronnie Van Zant and his Lynyrd Skynyrd bandmates past and present have loved fiercely with an achingly tender acoustic spin that suddenly leaves you longing for lazy summers spent on back porches, neighbors swinging by to say ‘hey’ and as much sweet tea as you can drink – and we’d be lying if we said that we didn’t feel a little nostalgic and choked up by the end of her cover.

We meant it when we said we couldn’t get enough of Chelsea’s delicate take on one of our favorite Lynyrd Skynyrd classics, and after giving it a spin yourself, we’re sure you’ll agree!

Get a jump on your holiday shopping and pick up Lynyrd Skynyrd’s ‘Pronounced ‘Lĕh-‘nérd ‘Skin-‘nérd & Second Helping Live,’ available now on DVD, Blu-ray and digital formats – it’s the perfect gift for the Lynyrd Skynyrd fan in your life this Christmas. Buy it here on Amazon!