Exclusive Rehearsal Footage Of John Fogerty And The Foo Fighters Jamming Out To This CCR Classic! 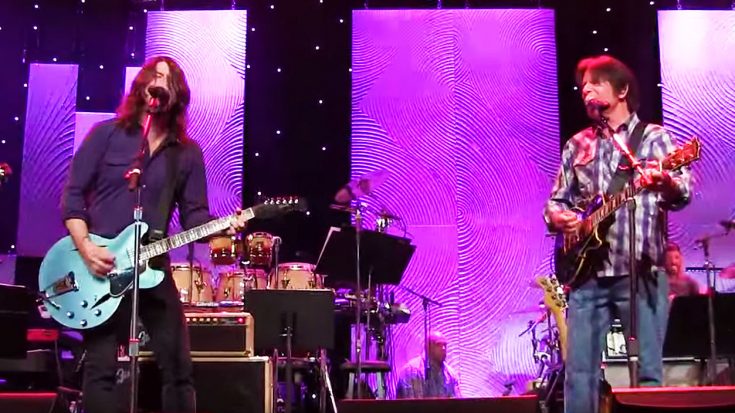 If one thing’s for certain, it’s that Dave Grohl and the other members of the Foo Fighters hold a high reverence for classic rock artists. They are always honoring them, and have carried the torch for rock n’ roll for future generations to enjoy.

Back in 2014, The Foo’s teamed up with John Fogerty of Creedence Clearwater Revival to jam out the classic “Fortunate Son!” Dave and John switched off on vocals, and the song is slightly sped up to give it a solid rock n’ roll feel. It’s a clash of two generations of highly respected rockers coming together and slaying this great classic!

Fun Fact: This is an antiestablishment song of defiance and blue-collar pride, both anti-Washington and against the Vietnam War. John Fogerty and Doug Clifford both enlisted in the Army Reserves in 1966 (to avoid being drafted and shipped to Vietnam) and were discharged in 1968 after serving their military commitments. “The song speaks more to the unfairness of class than war itself,” Fogerty said. “It’s the old saying about rich men making war and poor men having to fight them.”

The Foo Fighters actually recorded a studio quality cover of this song that isn’t bad! It actually sounds very similar to this live cover. We’re so glad someone whipped out their camera to capture this moment! It’s pretty epic!

Check out the video down below, and enjoy!