Way Back Wednesday: Famed Eagles Guitarist Joe Walsh Dazzles With “In The City” 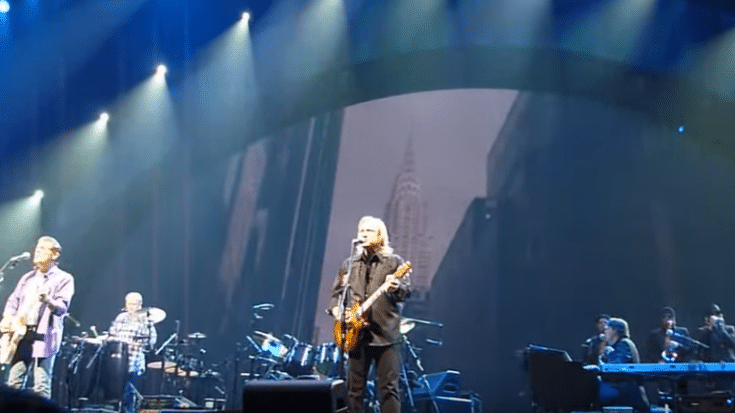 Written for the 1979 cult classic film The Warriors, Joe Walsh’s “In The City” is a testament to his time spent growing up in gritty New York – a stark contrast from his early life spent growing up in Ohio. Clocking in at nearly 4 minutes of solid harmonies highlighted by guitar work that pushed Rolling Stone to put Joe at the number 54 spot on its list of 100 Greatest Guitarists of All Time, “In The City” is one of our favorite tracks by Walsh; despite eventually becoming a hit song for the Eagles in late 1979, the fact that it was a labor of love for our favorite guitarist makes it all the more special!

Fun Fact: “In The City” was inspired by Joe’s days in a neighborhood preteen gang:

Seen here in footage, Joe’s performance of “In The City” never misses a beat as he moves from verse to verse seamlessly.

Check it out in the video below!