Graham Nash On CSN Split: “David Has Ripped The Heart Out Of Crosby, Stills, Nash & Young.” 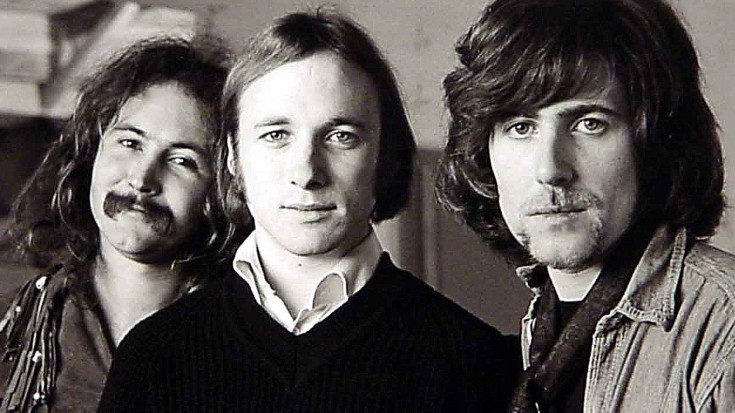 This weekend, one of the greatest rock acts of the 20th century split – and it looks like this time, it may be forever. Graham Nash of critically acclaimed folk rock supergroup Crosby, Stills, & Nash announced that there will “never be another Crosby, Stills, & Nash record or show,” citing a massive rift between himself and bandmate David Crosby. Though Graham hasn’t elaborated on what exactly drove the decades-long friends apart, he did reveal to Billboard that as far as he’s concerned, this is the official end of Crosby, Stills, & Nash – in any incarnation:

“Right now, I don’t want anything to do with [David] Crosby at all,” Nash tells Billboard.

Clashes, much like breakups and subsequent reunions, are the norm for the quartet and have been since the group’s inception; in fact, Neil Young said in 2014 that there would never be another CSNY show to which David Crosby responded via Twitter,

I hear Neil said “there will never be any more CSNY shows”
that’s like saying there are mountains in Tibet
we know Neil ….we already knew

So what is it exactly that makes this one feel so final? Maybe it’s the fact that 2016 seems to be the year that most of rock’s best and brightest visionaries are leaving us at an uncomfortably rapid rate, making us fully realize the fact that as we’re getting older so are the rock icons we grew up with. Or, maybe it’s the fact that it’s actually being touted as an official breakup.

Regardless, we’re disappointed to hear of this rift between two former good friends, and even if we never see CSN – or CSNY – together again, we hope that David and Graham can bury the hatchet before it’s too late.