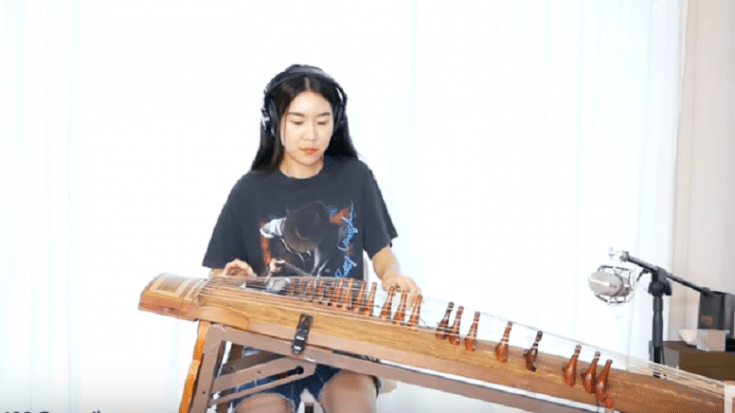 She Did Justice To The Song

This isn’t the first time we’ve featured Korean musician Luna Lee on this page. For years, she’s been dazzling us with her impressive covers of classic rock hits. From Lynyrd Skynyrd to Queen, she takes the song and makes it her own. But with a plethora of renditions on the internet, how did she manage to stand out? The answer is with the unique musical instrument she uses – called a Gayageum, it’s a traditional zither-like 12-string instrument.

In an interview, she said:

“I play contemporary music with a Korean traditional instrument called the gayageum. The gayageum has a beautiful sound and amazing potential so I wanted to share my music with many people.

“So I had to redevelop my gayageum so that the sound would match that of the modern instrument. I had to increase the volume and pressure, develop tone and increase the sustain sound. Playing modern music on a traditional instrument was not an easy process.”

Clearly, it’s no mean feat. Recently, she decided to take on one of Jimi Hendrix’s most popular and enduring tracks – the 1968 hit Voodoo Child. We all know it’s not an easy song to play but Luna Lee’s cover will make the guitar deity proud.

Check out the video below and let us know what you think.