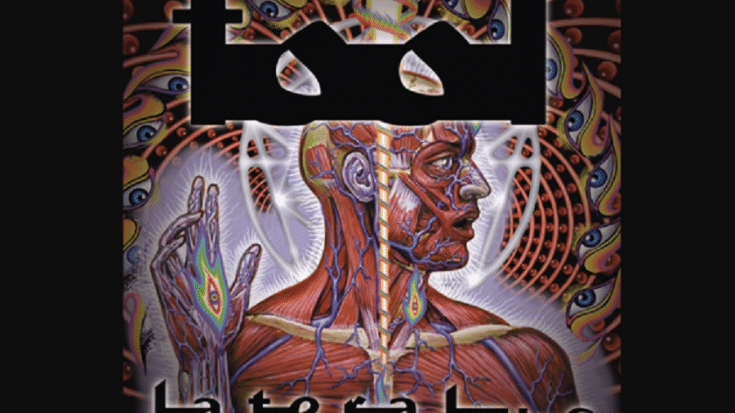 Tool is one of those bands whose music is difficult to describe accurately. After a four-year legal battle with their label Volcano Entertainment, Tool finally emerged and gave us what can only be described as a masterpiece. This progressive rock record is their magnum opus. They didn’t break new grounds with Lateralus but they did tip their hats to the prog-rock titans before them – King Crimson, Pink Floyd, and Rush.

From the get-go, this album demands undivided attention. And this isn’t a record you listen to just once because every time you put it on repeat, you tend to discover something new that you didn’t notice the first time around. But this is not for the weak of heart. It’s uncompromising, unapologetic, and unrelenting. Like its predecessors, Lateralus is an obvious work of a genius. But it’s also different, unique, and refreshing compared to Tool’s first two records.

They pulled out all the stops with Lateralus. It’s more focused and well-structured. It’s highly complex and for lack of a better word, insane.

The opening track, The Grudge, may be heavy and menacing but is incredibly melodic. It offers a glimpse of things to come. With the drumming, it’s like an assault to your senses. Eon Blue Apocalypse showcases an impeccable and elegant guitar work. It’s also the shortest song on Lateralus, clocking at a little over a minute. It’s like a quick respite before they launch into one of the highlights on the record – The Patient. It sounds simplistic and mellow at first then it builds up into a mind-blowing climax. Hypnotic and powerful, it gets heavier and heavier with a delightful surprise at the end.

Mantra is another instrumental piece that’s equally haunting and bizarre. It’s not something you’d want to listen to past 10PM. Schism is quite an easy listen – from the riffs to the melody, it’s addicting which is why it remains one of the most popular tracks on the album. Parabol is a short, mellow, and song that serves as a breather to prepare you for its louder, heavier, and edgier other half, Parabola. It packs a lot of punch and the guitar solo just melts your face off.

Ticks & Leeches highlights Danny Carey’s ferocious and complex drumming. Along with Keenan’s angry vocals, the song is energetic and creates the perfect counter-balance. The title track is an enjoyable piece from beginning to end. As an added bonus, it also has the Fibonacci sequence. Disposition is nice and slow but somehow mysterious and dark. Even though it’s a little short by Tool standards, it’s still captivating. Reflection is the longest track but ethereal for all that. It’s never boring and when it ends, you’d want to play it again. Heavy and aggressive, Triad is kind of strange and as a listener, it makes you feel like you’re waiting for something to appear and you don’t know what. Finally, the album closes with Faaip de Oiad which is a disturbing and eerie way to end such a brilliant record.

Tool pushed the boundaries with Lateralus. For almost 79 minutes, it’s an onslaught of one epic track after another. Maynard James Keenan is in top form both as a songwriter and singer. And everyone in the band brought something to the table especially Danny Carey whose drumming skills are unrivaled. So do yourself a favor and listen to this. It’s worth your while, we guarantee it.