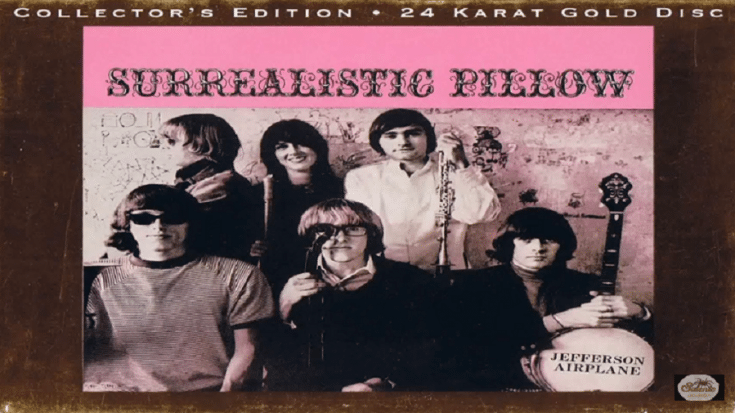 As Trippy As It Can Get

With its massive success, Jefferson Airplane’s other albums forever lived in the shadow of Surrealistic Pillow. Jefferson Airplane Takes Off was pretty good but apparently not enough for them to break into mainstream. With the addition of Grace Slick and Spencer Dryden for their second record, the finally got the recognition they deserved. Slick was the poster child of the Summer of Love and thanks to their unforgettable and explosive sets at Monterey Pop Festival and Woodstock Festival, they became household names.

For all the albums the 1960s had to offer, the folk-rock/psychedelic Surrealistic Pillow is one of those that truly captured the decade’s sound. It’s groundbreaking and rose to the charts, peaking at #3 on the US Billboard 200 – a spot normally held by rock legends. 1967 spawned several stellar records and yet this stood out. Not every song became radio staples but the whole album is cohesive and well-balanced. The music is varied and diverse and yet each one is great in its own way.

She Has Funny Cars sets the tone with its rhythm, thunderous drums, and guitars. Then comes one of their greatest musical achievements, Somebody to Love. It’s their first hit song and remains enduring and well-loved over fifty years later. My Best Friend is a soft rock number reminiscent of The Mamas & The Papas. Today is a beautiful ballad with exquisite vocal harmonies. Another slow and gentle piece, the introspective and haunting Comin’ Back to Me is the longest song on the album and Marty Balin shined with his vocal performance. It’s equal parts relaxing and sad.

Side two starts off with 3/5 of a Mile in 10 Seconds. It’s what we meant when we mentioned Surrealistic Pillow‘s diversity. It’s clearly different from the other songs on the album – it’s loud, edgy, and heavy. It’s the kind of track you expect to hear from Cream or The Who especially with its blistering guitar solo. D.C.B.A.–25 is an upbeat rocker and the vocals are hands-down beautiful. How Do You Feel is a Beatles-like tune while Embryonic Journey is a sublime acoustic instrumental. White Rabbit is as trippy as it can get. It may be about Alice in Wonderland or about an acid trip. Either way, it’s enchanting especially with Slick’s smooth-as-butter voice. Just fantastical. The psychedelic closing track Plastic Fantastic Lover is bouncy and addicting. And the guitar playing is glorious.

Surrealistic Pillow may sound like a mishmash of all the great sounds of the ’60s but while each song is different, the album is solid and tight. It’s almost like a collection of the best tracks of the era which is why if you need a reminder why the ’60s was a majestic time in rock, this is what you listen to.