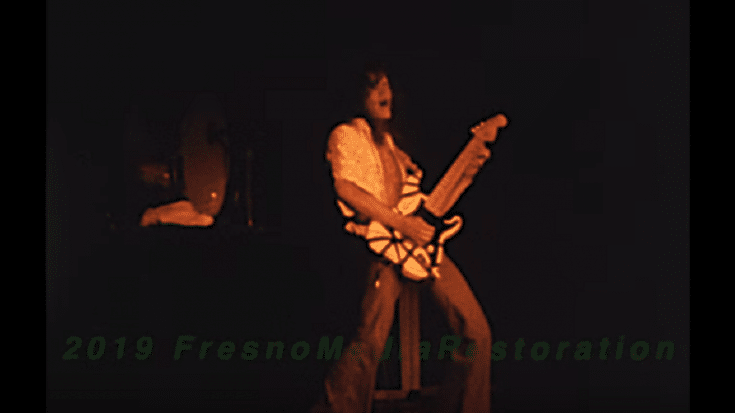 A performance from Van Halen’s first world tour just surfaced on YouTube. The video shows the band powering through their 25-minute set at a show at the Selland Arena in Fresno, California. The tour was in support of their debut album. Some of the footage popped up online but thanks to one concert-goer who recorded it with his 8mm film, you can now view the entire concert down below.

According to the Van Halen News Desk, “The amazing video shows what an unstoppable force the band was in the early years. You can see that no rock band was ever as fierce, energetic and as entertaining as these four boys from Pasadena. There’s precious little footage that proves this, making these clips a real treat!”

Some songs may not be complete but the reason why there are gaps is because of the 8mm reel which only lasts for 3 1/2 minutes long. So basically, the one who filmed it had to change the reel as quickly as possible all the while being careful not to get caught by security.

Although Van Halen headlined some shows for their tour, they also supported other rock bands such as Black Sabbath and Journey.