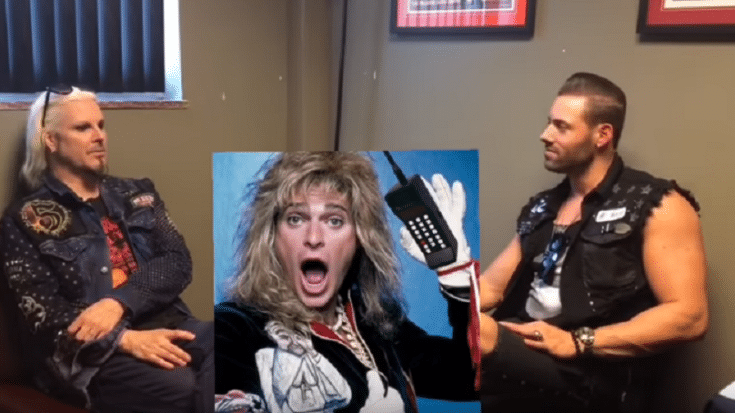 On May this year, John 5 revealed that a couple of years back, he recorded material for an album with David Lee Roth. He said, “So here’s what would happen. Dave would call me. He’d be like, ‘Come on over. Let’s write some songs, get some burritos.’ And I would always hang out with Dave. For years and years and years. So I’d just go over and we’d just talk about everything and play music and write songs, you know, all the time.”

And more recently, Roth dropped the news that FINALLY, the album he wrote and recorded with John 5 in 2014 will be released. In an appearance on the Talkin’ Rock With Meltdown podcast, Roth said, “There’s been a revision of things, and I can start making real plans and start marching into the future. And of course you’ll start hearing that material. This is material that we wrote variously for me solo and for Van Halen, and it’s quite a bank of stuff.”

While he didn’t give any release date yet, he emphasized that his first order of business would be “getting out on the road first. Let’s see the band, let’s show ourselves off, let’s travel all over the world.”

John 5 actually had his big break when he played lead guitar on Roth’s album DLR Band. The guitarist has been a longtime fan of Roth and Roth, on the other hand, was impressed with John 5’s skills. We’re pretty excited with this latest collaboration.