The Last Performance Of Ric Ocasek With The Cars 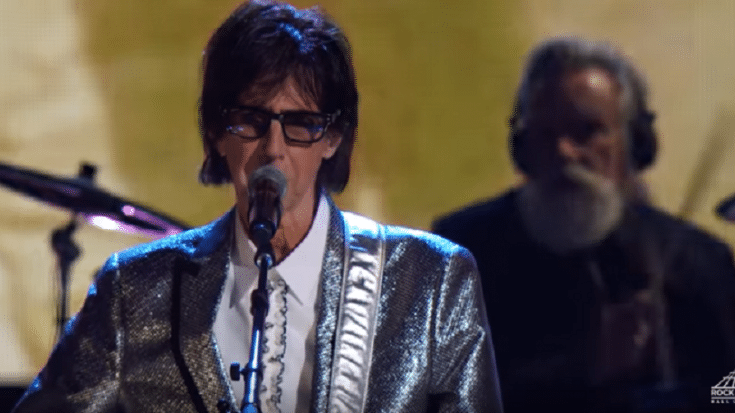 Reunited With His Band Mates

On September 15, 2019, The Cars frontman Ric Ocasek was found dead at his townhouse on East 19th Street by his estranged wife Paulina Porizkova. According to the press release from the New York City medical examiner’s office, the cause of death was hypertensive and atherosclerotic cardiovascular disease with pulmonary emphysema as a contributing condition.

Ocasek’s last performance with his band was during their induction into The Rock N’ Roll Hall Of Fame on April 14, 2018. In his speech, The Killers’ Brandon Flowers referred to Ocasek as “one of the world’s most enigmatic frontmen, with his cool, detached vocals – an inscrutable Dylan and Velvets fan with a very stylish jacket pocket full of power choruses.”

Even though they haven’t played together in seven years, The Cars powered through some of their classics – “My Best Friend’s Girl”, “You Might Think”, “Moving In Stereo” and “Just What I Needed”. Weezer’s Scott Shriner took over the bass duties. Ocasek produced Weezer’s Blue Album and Green Album.

“It’s hard not to notice that Benjamin Orr is not here. He would have been elated to be on this stage, receiving this award, in his hometown. It feels quite strange to be up here without him, and we miss and love him dearly. We want to thank the Rock and Roll Hall of Fame voters for inducting us. We like being abducted.”