Watch Twisted Sister Give Electrifying, Emotional Performance During Their Last Ever Concert! 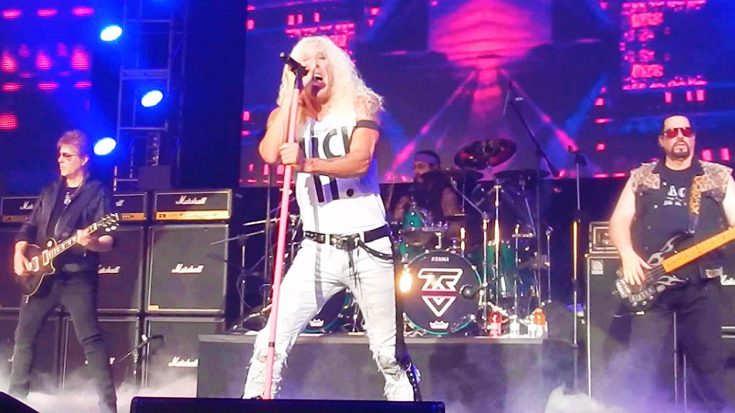 They Will Never Take It!

The same night that Black Sabbath closed the curtain on their final show in the United States, another classic rock band did the same. Twisted Sister closed out their final concert run in the Mexico with an electrifying performance in Monterrey.

It was a bittersweet evening for Twisted Sister fans and band members. Frontman Dee Snider exclaimed that he was happy that the band was crossing the finish line, but at the same time was sad to see it all come to an end. Their final performance came at the Corona NorthSide festival in Monterrey. They went out with a bang, as they were listed on the same lineup as KISS, Lamb of God and Sepultura.

Drummer A.J Pero. (who passed away last year) was replaced by Dream Theater‘s Mike Portnoy. Following the show, Portnoy expressed his grattitude of having the honor of closing out the band’s curtain call. The final setlist consisted of some of the band’s great classics like “I Wanna Rock,” “The Kids Are Back” and, of course, “We’re Not Gonna Take It.” It was an emotional evening, but you could tell that the band left it all out their.

Check out their amazing, final performance of “We’re Not Gonna Take It” from the show down below! Congratulations on a fantastic career, Twisted Sister! You will be missed!