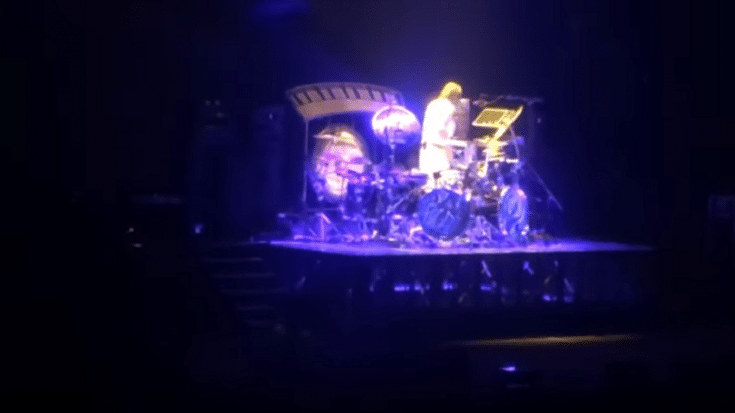 From One Iconic Drummer to Another

Tool paid tribute to Rush’s visionary drummer Neil Peart not once but three times at a stop in San Diego’s Viejas Arena on January 10 – they’re currently touring in support of their latest album “Fear Inoculum”.  Tool covered Rush’s 1976 classic “A Passage to Bangkok” and for the first encore, drummer Danny Carey took the stage and played a solo performance of “Chocolate Chip Trip” (from their 2019 LP “Fear Inoculum”) with a photo of him and Peart projected on the screen behind him. And lastly, as they wrapped up the show and walked off stage, Rush’s iconic “2112” blasted from the speakers.

Carey has always been vocal about his respect and admiration for Neil Peart. In 2015, they even jammed together along with The Police’s Stewart Copeland. Peart also had nothing but praises for Carey. He told Modern Drummer in 2011 that Carey was one of those whom he recommended on the Late Show with David Letterman. Peart said, “Well, when they asked me, right away I said that Steve [Smith] and Danny Carey are among the foremost modern soloists.”

Neil Peart passed away on January 7 after a three-year battle with glioblastoma, an aggressive brain cancer. Thousands of tributes have poured in for the legendary sticksman.