Watch The Who Return On Stage After 2 Years 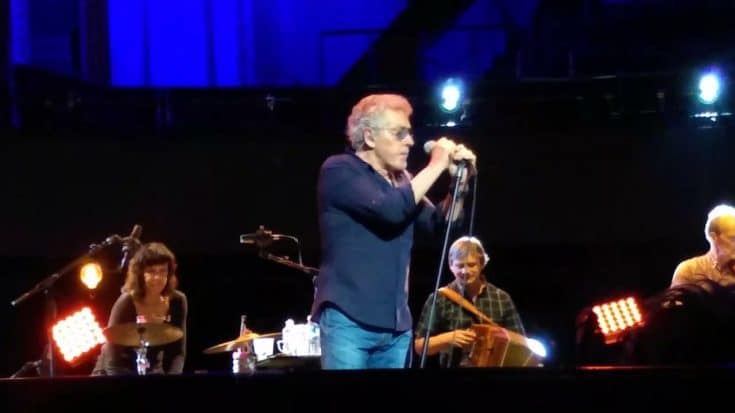 For the first time in more than two years, The Who returned to the stage at a concert for the Teenage Cancer Trust at London’s Royal Albert Hall this past weekend.

The legendary band was backed by guitarist Simon Townshend, percussionist Jody Linscott, bassist Phil Spalding and backing vocalist Billy Nicholls. The set list that can be seen below, includes various Who favorite, as well as some recent works, including the live debut of “Beads on One String” from their most recent album, 2019’s Who.

Early in the show, guitarist Pete Townshend admitted to the audience:

“We’ve only had two hours rehearsal.
“So it’s going to be shit.”

There were times during the performance where the band had to stop and restart songs. One of the unexpected moments that happened that night was when Roger Daltrey took over lead vocals on “Eminence Front,” a song usually sung by Townshend.

Townshend shared that “Let My Love Open the Door” was recently used in the Netflix film The Adam Project, and had later on reaching the No. 3 spot on the song-identification app Shazam.

The Who are scheduled to hit the road with their The Who Hits Back! tour on April 22 and wraps up on November 5.

Watch a clip of their latest live performance below.