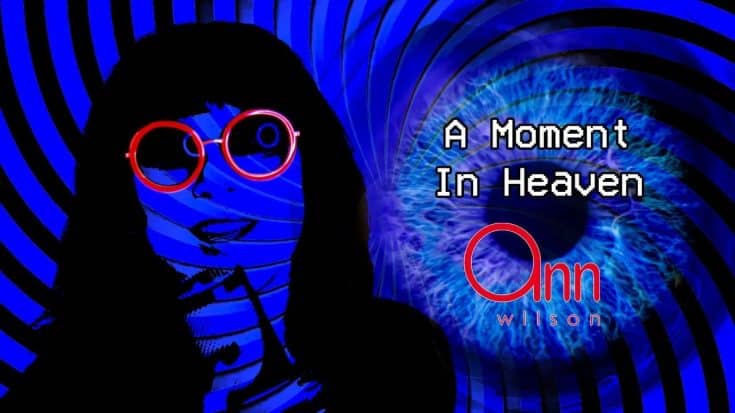 Ann Wilson has released a new single titled “A Moment in Heaven” from her upcoming solo album Fierce Bliss.

The singer described the song in a statement as a story of,

“A one-hit-wonder in the star-maker machinery of Hollywood: the sublime cruelty of transient fame.”

Wilson was one of the most popular singers of the ’70s and ’80s who experienced firsthand sexism in the entertainment industry. For her, the subject matter of the new single hits close to home.

“It’s one of those anti-Hollywood screed things.

“The meat grinder of the music image-maker machine and what it feels like to be on the inside of that. All of a sudden, it’s ‘happening’ on all thrusters, you’ve got a number one record and everyone’s pouring champagne telling you how much you ‘deserve this.’ You’re in heaven! But then the cruel reality comes down … what’s the next one? Can you follow that? It’s all about the short-lived glamour and ecstasy of being successful in the rock business.”

Wilson is set to promote Fierce Bliss with a North American tour that is scheduled to start on May 4 in San Francisco and run through July 30 in Floyd, Va., with more dates to be announced soon.

Stream her new single below.