Watch The Peanuts Gang Singing “Finding My Way” by Rush 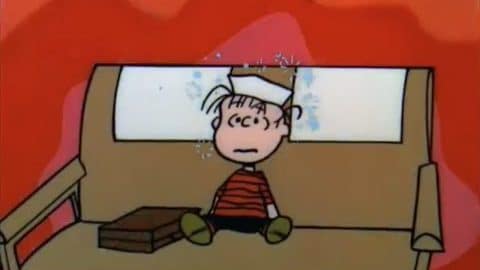 “Finding My Way” is a song released by the rock band Rush on their self-titled album in 1974. The song was written by Geddy Lee and Alex Lifeson.

A YouTube channel dedicated to making cartoon music videos made an animated parody of Peanuts with the Rush song “Finding My Way.” The video opened with red curtains similar to the ones you can see in performing theaters. When they already got themselves an instrument through the help of Snoopy, Charlie Brown started strumming and that’s when the music starts.

Linus Van Pelt did the vocals and the drums on the music video-like performance. Part of the music video was other Peanuts gang casts such as Sally Brown, Lucy Van Pelt, Snoopy, and Woodstock.

The creator of the video, Garren Lazar, said in the description:

“Ladies and gentlemen, here’s another Peanuts music parody. This time they play “Finding My Way” by Rush! Once again I used Final Cut Pro (AVAILABLE ONLY ON MAC COMPUTERS), to create this video. Hope you all enjoy it!”

While some of the comments said:

“I am all smiles ear to ear. You are the undisputed master at creating the newest genre of “music videos”. You honor the memories of Charles Schulz, John Rutsey, and Neil Peart. I bet Alex and Geddy will be enjoying your artistry as well. Thanks Garren.”

”Yet another brilliant video featuring the fantastic music of Rush, and your incomparable editing skills to get the Peanuts gang to entertain us. Thank you.”

Watch Peanuts and the gang rock out to Rush in the video below.